Void periods increased across the UK in September, with the exception of London, according to the latest Goodlord rental index.

A void period is one of the biggest negative impacts on a buy-to-let landlord’s cash flow and profitability, and so it comes as unwelcome news that data for September shows that void periods increased across seven out of the eight regions monitored, with only the capital bucking the trend.

Void periods in the West Midlands more than doubled month-on-month, moving from 15 days in August to an average of 34 in September, taking the region back to rates seen during the first quarter of this year.

The shortest void periods in September were recorded in the North East, where it took 10 days to fill an empty property in September, up from seven days a month earlier.

In London, void periods reduced across the month, dropping from 14 days in August to 11 in September.

Overall, it took an average of 18 days to fill a vacant property in the UK in September, up from 11 days on average in August. The overall year-to-date average is 20 days. 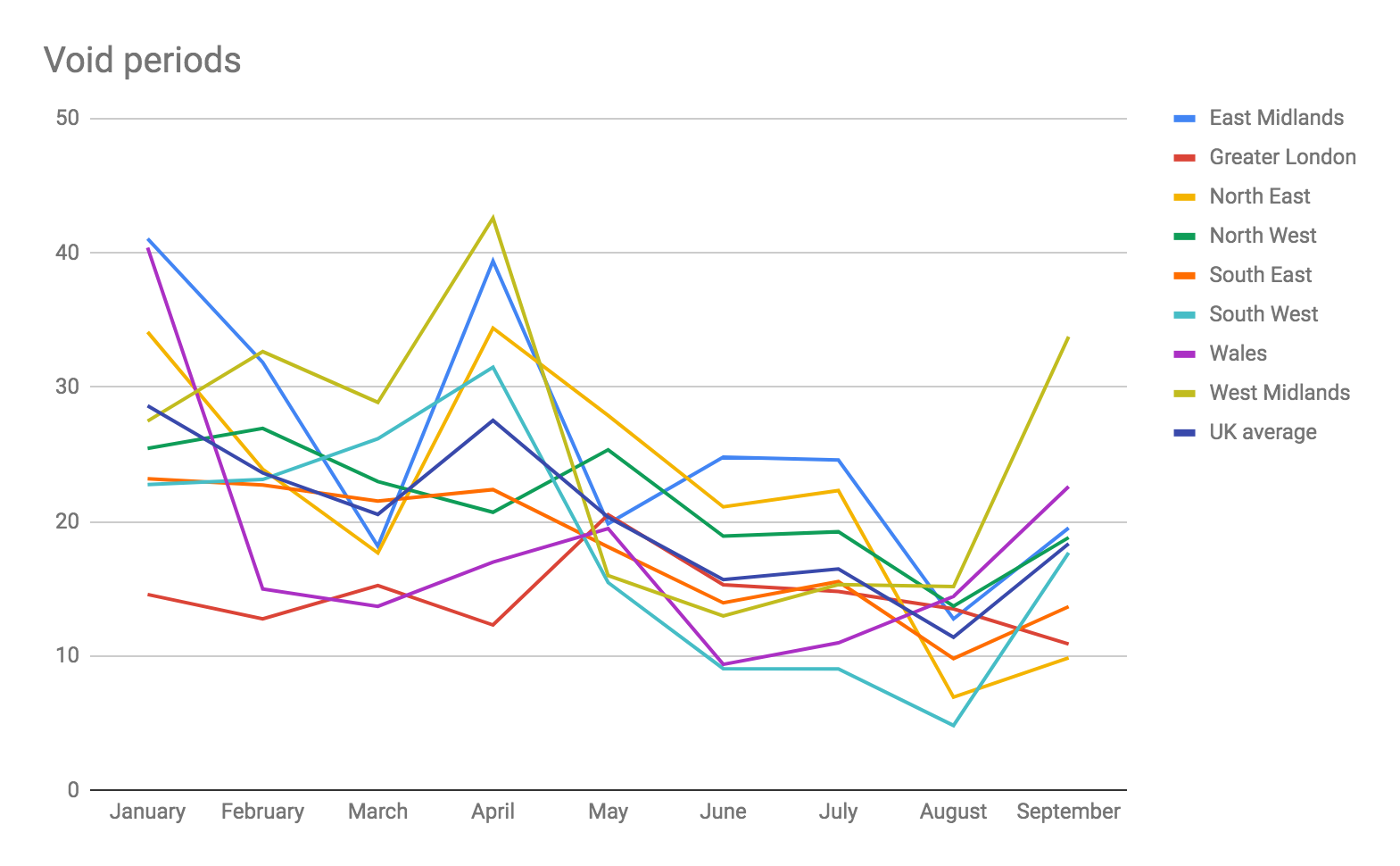 The Rental Index also reveals average rents increased across many parts of England Wales, led by gains in the South East, where they are up 12% between August and September.

Rental price increases were also recorded in the South East (12%) and the West Midlands (up 8%), along with London, also jumping by 8%, taking the average rental cost for a property in the capital from £1,684 to £1,820 per month.

Elsewhere, the picture for average rents was mixed. The South West saw a modest decline of 3%, with average rents in the North West dipping by 5%.

In the North East rent prices dropped by 17% - moving from a 2019 high of £897 per calendar month (pcm) in August to £745pcm last month. However, this was still higher than the year to date average for the region.

Wales also recorded a significant decline, with rental costs decreasing by 15% from £780pcm to £662pcm, the lowest average rental cost for the region during 2019 so far.

Tom Mundy, COO at Goodlord, said: “The trends seen throughout the summer were characterised by very low void periods and an uptick in average rents. The figures for September show that this ‘summer bump’ for agents and landlords might be coming to an end.

“Void periods have ticked up again across nearly all regions, taking us back to levels seen in the first quarter of 2019, and average rent prices are proving jumpier as the market adjusts to new levels of demand.

“As we move into the winter months, letting agents and landlords should do all they can to ensure their business models can withstand any forthcoming market fluctuations.” 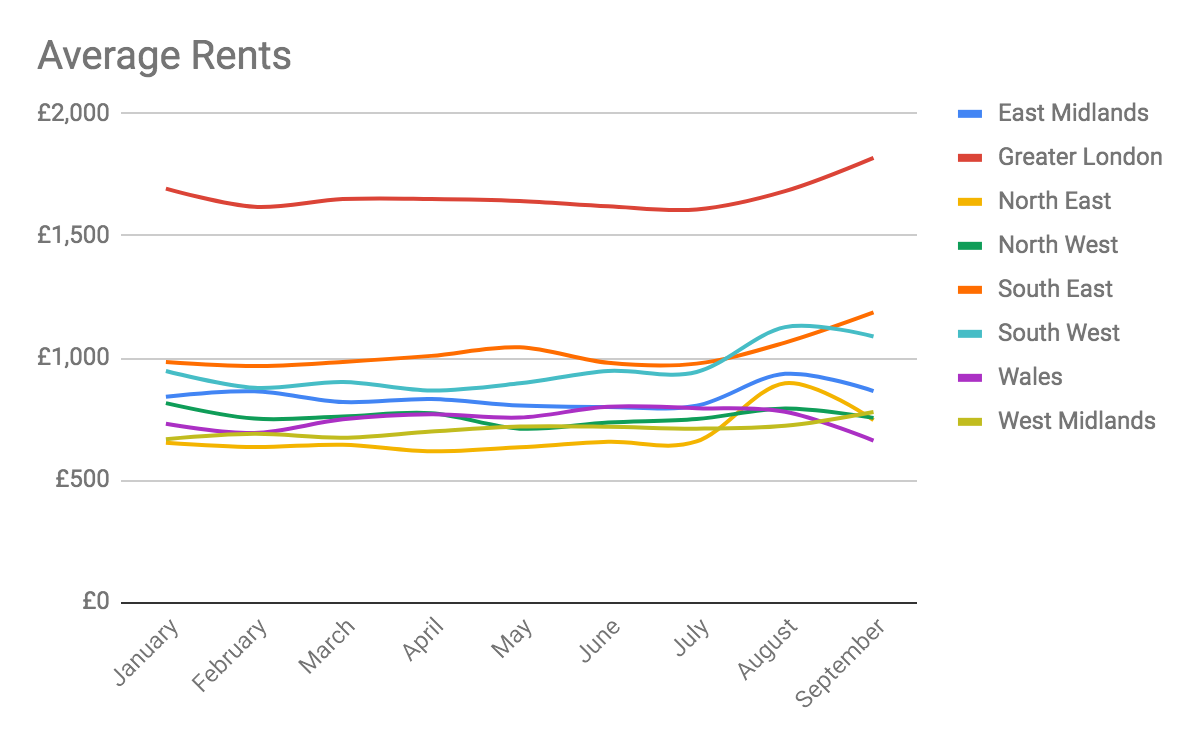