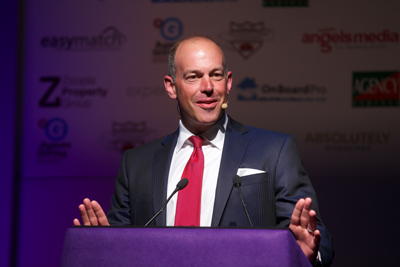 The chancellor Philip Hammond has once again failed to deliver for private landlords, with yesterday’s rather low-key Spring Statement yet another missed opportunity to prop up the housing market and boost the supply of much needed private rented properties by supporting buy-to-let investors.

Despite the slowdown in the buy-to-let market, with activity levels continuing to drop, Hammond opted not to reverse the additional 3% stamp duty surcharge on second homes, including buy-to-let properties, nor reinstate the mortgage interest tax relief for buy-to-let landlords in the Spring Statement yesterday.

The concern is that this could lead to a further reduction in the number of small and individual buy-to-let landlords investing in the private rented sector, which could mean more landlords opting to come out of the PRS, creating reduced supply or increased costs which could again mean a hike in rents.

Despite the prospect of a rise in rents, the chancellor focussed on boosting homeownership figures, with the announcement of a new £3bn Affordable Homes Guarantee Scheme.

He also announced funding of £717m from the Housing Infrastructure Fund to unlock 37,000 new homes across England.

He said: “Any boon to Britain’s chronic housing shortage is, of course, not to be sniffed at - but the chancellor’s plans simply do not go far enough.

“Britain needs a long-term, apolitical and impartial plan to build the homes we so desperately need and not short-term soundbites to keep prospective voters happy.

“Sorting out Britain’s housing crisis will not be a quick-fix; and certainly won’t be accomplished over any one government’s time in power.

“It’s time that housing experts were brought into the process of developing a strategic housebuilding plan - one that can’t be with tinkered with for the purpose of gaining votes every time a general election is on the horizon.”

Poll: Do you think activity in the buy-to-let market will drop further in the coming months as a result of government interventions and a wider housing slowdow?

Chancellor urged to ‘breathe life back into the private landlord sector’ ...

While landlords have a duty to safeguard their rental properties and...