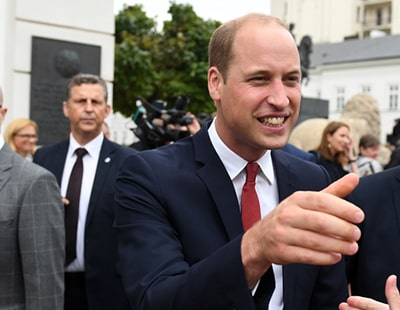 Prince William has expressed concern at the ‘slum’ conditions faced by some private renters following a trip to Blackpool where he and Kate were shown around a couple of neglected rented properties.

The couple were shocked after viewing a dilapidated house, which until recently was occupied by a family.

Rain was leaking through the windows, there were holes in the ceiling and the floor had to be temporarily supported to make sure the royal couple did not fall through it.

Blackpool Council has recently bought the house from the previous owners and now intends to renovate it and let it to new tenants.

The Duke and Duchess of Cambridge were also shown a property across the street which has been renovated by the local authority.

William highlighted the issue when he met the town’s leaders at Blackpool Tower.

“There is a sadder side to Blackpool”, he said. “And we shouldn’t skirt around these issues.”

The royal visit to Blackpool was designed to highlight the need to regenerate the Lancashire seaside resort.

Landlords are ‘sick of being utilised as a cash cow’ ...

Buy-to-let landlords who own properties in Blackpool are being urged to...

A buy-to-let landlord who pushed a council employee out of one...

Airbnb sees sharp rise in bookings thanks to the royal wedding ...