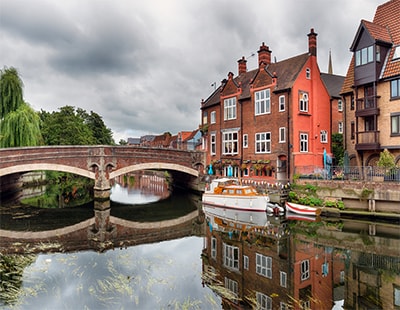 The rise in popularity of holidaying in the UK or ‘staycation’ has led to a mini boom for the UK tourist industry.

With lots of events planned around the country, designed to encourage people to take a last minute break, this April bank holiday weekend looks set to be busy for hotels, restaurants and tourist attractions.

With staycations increasing in popularity, a new report by Sykes Holiday Cottages suggests that holiday home owners can expect their property to generate in the region of £20,000 in revenue, up from £18,000 the previous year.

Fresh research shows from Sykes Holiday Cottages shows that two-thirds - 66% - of Brits enjoyed a staycation last year, up from 56% in 2017.

Cumbria, Cornwall and Dorset have emerged as the most profitable places to own a holiday home, according to the latest Sykes Staycation Index.

Cumbrias was the most lucrative holiday hotspot last year, with a four-bedroom property generating average revenue of £28,000 a year, followed closely by Cornwall and Dorset.

The study found that home comforts are increasingly sought after by staycationers, with properties with WiFi making 16% more, and open fires boosting revenue by 14%.

The demand for dog-friendly accommodation is also on the rise, with properties where pets are welcome earning 11% more.

“With a surge in demand for staycations, our cottages are generating more revenue than ever before. And with staycations set to soar further, there’s never been a better time to invest.”

Poll: With the UK tourism industry going from strength to strength, would you consider entering the holiday letting market?

Do you run the best holiday let in the UK and Ireland? ...

Landlords renting out to holidaymakers could be in with a chance...