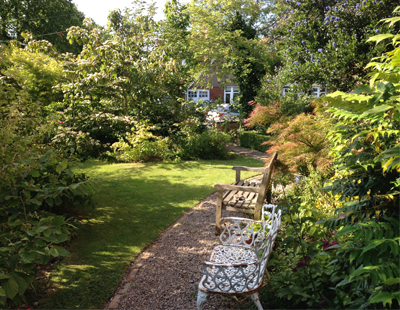 With savers continuing to receive poor returns from banks and building societies, many people continue to turn to residential property as a means of supplementing their income, and that has contributed to a reduction in properties with outside space, particularly in densely populated areas, according to a new study.

In Salford, for instance, just 38.9% of properties on the market have a garden, which is the lowest of any UK town or city.

In London, just 29.9% of homes for sale in the borough of Islington have any outside space.

Sam Mitchell, CEO of online estate agents Housesimple, commented: “The back garden isn’t on its last legs, but the relentless pursuit of profit has seen outside space sacrificed, particularly in densely populated areas.

“Developers are building upwards to squeeze every pound of profit out of a plot of land, and gardens take up valuable square footage. Something has to give.

“Sadly, it’s a similar trend with new build family homes. Houses no longer have the expansive back gardens you might have seen 30 to 40 years ago, as developers look to pack as many properties as possible onto new estates.”

London’s housing market has ‘suffered from the drop off in buy-to-let investors’ ...

London house prices are continuing to fall, with the collapse in...

New measures are “another nail in the coffin for buy-to-let” ...

Buy-to-let is a lot tougher than it once was. Landlords’ returns...