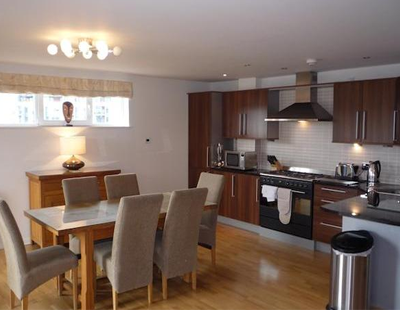 The majority of private renters were satisfied or very satisfied with their current accommodation, according to the English Housing Survey report on the private rented sector 2017/18, published yesterday.

Some 84% of tenants expressed satisfaction with their private rented housing, the report found.

Compared with social renters and owner occupiers, private renters unsurprisingly spend the highest proportion of their income on housing.

On average, private renters spent 33% of their household income (including Housing Benefit) on rent. This is compared to 28% for social renters, and 17% for mortgagors.

The proportion of household income spent on rent was higher for private renters in London (42%) than for the rest of England (30%).

Most private renters - 71% - said they found it easy or very easy to pay their rent.

About one in five households in England live in the private rented sector,

making it the second largest tenure.

David Smith, the Residential Landlords Association’s policy director, commented: “Today’s English Housing Survey dispels the myth that private renting means insecure tenancies and ever increasing costs. It shows that renters are spending less of their income on housing, at 33%, down from 34% the previous year and 36% in 2014/15, and are staying in their homes for over four years on average.

“As Ministers look at ending so called ‘no fault’ evictions the survey finds that the large majority of those who moved out of their home did so because they wanted to, either for work, a larger home or to move to a different area [72%] or because their tenancy had come to an end (8%). A further 10% moved on mutual agreement with their landlord.

“The majority of private renters also reported being satisfied with their current accommodation, higher than in the social rented sector.”

The English Housing Survey 2017/18 report on the private rented sector is available by clicking here.

The PRS is increasingly relied upon to house young adults ...

Fresh research from the Institute for Fiscal Studies (IFS) which reveals...

Private renters are ‘increasingly satisfied with their housing’ ...

Buy-to-let landlords have been commended for improving conditions in the private...