By Jamie Johnson
< Back 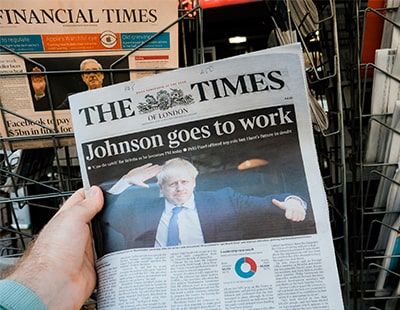 After two elections and three years of intense debate and hostility, the general election in December seemed to offer the political breakthrough most were hoping to achieve. Bogged down by Brexit, Westminster was stuck in a deadlock which resulted in a lack of confidence in the government’s ability to lead.

Nonetheless, the fact that Boris Johnson has clinched a large parliamentary majority should precipitate a few years of relative consistency, which is good news for business leaders and investors fatigued by uncertainty.

FJP Investment recently commissioned an independent survey of more than 750 UK property investors to uncover their thoughts on the Conservative party’s proposed plans for the property market.

At first glance, investors seem to be supportive of the Conservative’s party’s proposed reforms. Indeed, 70% favour their plans to introduce a 3% stamp duty surcharge for international buyers of UK property - a significant majority. This sentiment is understandable, too; the policy has a good chance of making real estate more accessible for domestic buyers.

A similar number, 68%, are also in favour of the government giving residents more of a say in determining the style and type of new builds being constructed in their area.

New builds have (perhaps unfairly) gained a reputation for being unattractive and built without due consideration for the surrounding environment.

As stakeholder support is a significant determinant of a new project’s marketability, this kind of policy will be crucial to ensuring the success of the homebuilding revolution.

Furthermore, many investors are in favour of more procedural Conservative policies, such as their promise to ban the sale of newly built homes as leaseholds.

As such, there does seem to be some confidence in the government’s approach to addressing the challenges facing the housing market.

With the Chancellor also revealing that he will unveil a new construction strategy in the upcoming Spring Budget, it appears as though the Conservative government are addressing many of the concerns those in the industry have been expressing.

Some investors still have reservations about the ability of the government to implement their plans.

Of those surveyed, for example, 61% expect the government to miss its target of building one million new homes by the mid-2020s.

The lack of optimism is understandable; successive prime ministers have set ambitious construction targets that many in the industry have seen as simply being unattainable. However, the driving point remains; despite positivity about the Conservative’s aims, there is huge scepticism about its ability to tackle the housing crisis.

This may arguably be down to focus. Significant national issues such as the UK’s limited housing require coordinated and consistent long-term efforts in order to be effectively resolved. With 58% of those surveyed by FJP Investment expressing concern that the government is ignoring important domestic issues in favour of Brexit, this may be a tall order at least in the medium term.

That’s not even to say that property investors are confident Boris Johnson will deliver Brexit — 41% think that he will fail to get it done. This is interesting given his majority in the House of Commons means that he should encounter little resistance when passing legislation. Nonetheless, as we have seen over the last three years, it is difficult to confidently assess how political events could playout in the future.

Understanding the news of property investors in 2020

In these ways, there appears to be a huge amount of clarity over what investors want the government to prioritise. The election, although dominated by Brexit, saw the Conservative party espouse some prudent policies that would help invigorate the market and bolster demand — and our research shows that UK investors are very much in favour of their key policy ideas, such as increasing stamp duty payable on real estate purchased by international investors.

Despite all this, they also have major reservations about Boris Johnson’s ability to deliver his manifesto promises, not least because of his laser-vision focus on getting the Brexit process completed.

As 2020 continues, the government needs to make a concerted effort to reassure the investor market. Post-Brexit, they will be even more crucial to the health of the property market, and now is not the time to let them down. That’s why the 2020 Spring Budget, set for 11th March, takes on added significance that simply cannot be understated.

By Jamie Johnson is the CEO and Co-founder of FJP Investment.

Poll: As a buy-to-let investor, are you confident in the Conservative government?

Investors favour property as ‘a safe asset’ but hold back on new deals ...

Almost half of UK-based investors see property as a safe and secure...

The importance of improved energy efficiency in the private rented and...

2022 Investment Hotspots? New survey claims to have found them… ...

A survey of over 500 property investors claims to have uncovered...