By Paresh Raja
< Back

Labour MPs have quizzed junior housing minister Eddie Hughes over the effects of the ending...

Landlord pays out £980 compensation over condition of flat

A landlord in Norwich has paid almost £1,000 in compensation following the discovery of black...

The Citizens Advice consumer charity is warning that fake investment scams are amongst the fraudulent...

If you are furnishing your long-term let or holiday let, a new guide to the... 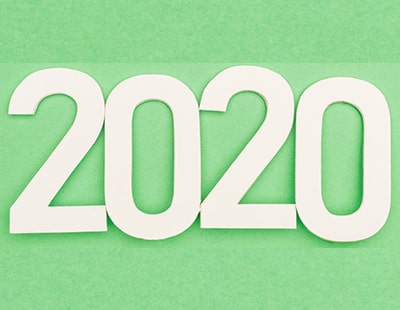 Towards the end of last year, I wrote an article for Landlord Today outlining the difficulties many landlords in the UK are facing. At that time, I wrote how “just when we thought we might have finally made some credible progress on Brexit, it looks as though looming uncertainty will be hanging around for a while longer”.

In retrospect, that view may have been too gloomy. In the two months that have followed, a lot has changed — arguably for the better. The first December election since 1923 delivered the first parliament with a significant majority since the days of New Labour.

Regardless of your political leaning, the past few years have been tumultuous, so the prospect of five years no elections and some consistency may be appealing.

For those in property, though, the outlook for 2020 may still be unclear. Certainly, there is more optimism than this time last year, but what other trends and events are likely to be significant over the next 12 months?

Despite a sense of positivity, the process of withdrawal from the EU is only just now commencing, meaning the UK is by no means ‘out of the woods’.

It is likely to be one of the most taxing administrative and diplomatic tasks ever undertaken, with many potential pitfalls along the way. And in truth, even with Boris Johnson now holding a strong majority, the possibility of a disorderly secession is still not off the table.

For business leaders, this uncertainty is likely a cause for consternation. More broadly, it may concern the banking sector, leading to greater hesitancy when it comes to approving loans or setting rates. At a time when the country needs to be supporting the property sector — not least because of the housing crisis — this could make life harder for developers and buyers alike, given their need for capital.

There is also no guarantee that a hesitant banking sector won’t make it somewhat harder for property investors to find funding lines for new acquisitions, making it all the more important that those in the sector know all their options. Alternative forms of finance, such as bridging loans, may be able to ease the path of entry to securing a new opportunity in 2020.

Political machinations in Westminster will also have a huge impact on the property sector. As I written about on several occasions before, the UK is well overdue a purposeful statement-of-intent Budget from Chancellor Said Javid.

The statement that was set to be delivered in autumn was ultimately postponed, leaving many in property pining for some leadership in challenging market conditions. With a majority secured and Brexit due to be completed at the end of January, there is now ample opportunity and legislative time for the government to lay out its agenda for reform.

The Spring Budget on 11th March is the government’s chance to outline a plan for invigorating the market post-Brexit and for how to manage the housing crisis. There is no time for further delay.

There are other procedural events coming up in 2020 that also are worth having in mind.

For example, the Government is introducing significant changes to the capital gains tax. The inbound changes may impact the timing of an individual’s capital gains tax bill, the amount of tax relief he or she can claim, as well as outlining how letting relief will work. As such, it’s worth being up-to-date on the changes.

The changes aren’t insignificant. For one, from April 2020, sellers will need to pay within 30 days of the completion of the sale, rather than doing so the following year.

Whilst many of these changes and trends may seem negative, there is still a sense of positivity in the sector about the coming months. Although the supposed ‘Boris Bounce’ may be over-egging it, the market has become more buoyant in the weeks following the election. According to Rightmove, UK house prices rose over December at the fastest rate on record for that time of the year.

Furthermore, Savills has predicted that the prime central London (PCL) market could be set to grow as much as 3% in the coming year.

Looking to the year ahead, 2020 looks set to be a more positive year than 2019 for the market. There are some technical changes to be aware of regarding tax, and a degree of uncertainty may persist — but alternative forms of finance, such as bridging loans, are able to smooth the process of maximising on all new opportunities within the property market.

I now look forward to seeing if the government will support the sector with strong, clear leadership.

Paresh Raja is the CEO of Market Financial Solutions.

Almost a third of property buyers denied a mortgage despite SDLT holiday ...

Demand for property has soared as purchasers, including buy to-let investors,...

Let’s not overlook the needs of UK landlords ...

Just when we thought we might have finally made some credible...

Buy-to-let landlords struggling to keep up with recent legislative reforms ...

A high number of landlords are struggling to keep up with...