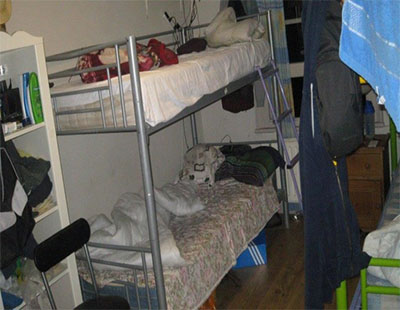 A YMCA chief executive claims the proliferation of HMOs may be endangering private tenants’ health by encouraging overcrowding and undersized-rooms.

Alan Fraser, chief executive of the YMCA Heart of England, writes in The Guardian that there is now an industry growing up advising landlords about the financial gains to be made from Houses in Multiple Occupation - he cites the HMODaddy website as an example.

Fraser says the growth of HMOs is partly down to landlords taking advantage of housing benefit rules, which link the amount of rent that can be claimed principally to the number of bedrooms.

“As long as the bedrooms are above the minimum habitable size, then it doesn’t actually matter what the overall size a rental unit is. This has incentivised the practice of cutting up houses to increase the number of bedrooms, irrespective of the space available” writes Fraser.

He gives an example of what has happened in Birmingham, where the Local Housing Allowance for a three-bedroom house let to a single household is £674.99 a month.

“If the landlord lets out the same house to three individuals as a HMO they can claim three lots of the shared accommodation rate – a total of £873.39 a month” explains Fraser. He then goes on to say: “But if they cut the two double bedrooms in half and turn the dining room into another bedroom, they can potentially claim six lots of the shared accommodation rate – £1,746.78 a month. That’s an additional £1,071.79 a month for renting out exactly the same house.”

Fraser then goes on to attack private landlords “using the taxpayer to artificially inflate their investment returns” but he says a solution is at hand.

He suggests housing benefit rules be changed to link the amount of rent that can be claimed to the amount of floor space being let out.

“In the example above, this would mean that the landlord of a three-bedroom house could claim no additional housing benefit when letting it out as a six-bedroomed HMO” notes Fraser.

Conversely, he says that a landlord who built a large, spacious three-bedroom family home could claim more housing benefit than one who tried to squeeze four bedrooms into a space that can only comfortably accommodate two.

Shocking data on tenants who rely on Universal Credit to pay rent ...

More than 50 per cent of private tenants who rely on...

Activists in Generation Rent claim that a fifth of families in...