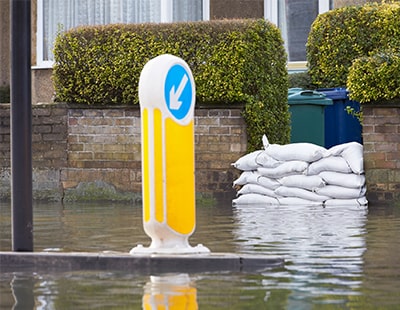 Storms and floods wreaked havoc across much of the country in recent weeks, leaving a number of homes and businesses damaged, and this is likely to lead to a significant increase in insurance claims from buy-to-let landlords.

Torrential rain brought by Storm Dennis over the weekend, just a week after Storm Ciara, has left more than 300 flood warnings in place across the UK, including five severe warnings in the West Midlands.

The trail of destruction left by Storm Ciara, which hit the UK over the weekend of February 8 and 9, is expected to cost up to £200m in insurance claims.

The financial damage caused by the winds of up to 97mph and flood damage to homes, cars and businesses has been estimated by insurance experts at accountancy firm PwC. but now Storm Dennis, which hit a week later, is likely to add to the final bill.

Mohammad Khan, a partner and head of general insurance at PwC, said: “It’s still very early to assess an overall market impact as claims are still being reported to insurance companies. However, our early indication is that UK insurance market losses for homes, cars and businesses impacted by the storms will be between £150m and £200m.”

Things that buy-to-let landlords are likely to be able to make a claim for include roof tiles that have blown off in the winds, damage to the property caused by lightning, fallen trees and debris, as well as water damage caused by heavy rainfall.

Many policies often exclude damage made to anything outside the house itself unless you have specific cover.

Malcolm Tarling from the Association of British Insurers commented: “Insurers are ready for Storm Ciara.

“They expect storms to strike at anytime, and are fully geared up to help customers hit by high winds and floods recover as quickly as possible.”

Poll: Have any of your properties been affected by weather damage from a strong storm?