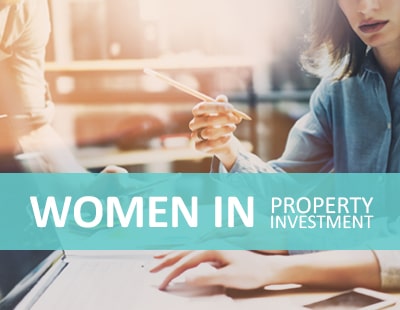 A growing number of women are investing in the buy-to-let market as an alternative to the failing of the pensions industry, new research shows.

According to a new study by ludlowthompson, 47% of buy-to-let landlords in the UK are now women, reflecting the fact that property is moving towards equality at a faster pace than all other major industries.

Women now account for almost half of the 2.5 million buy-to-let investors in the UK, according to the London-based estate agents.

The actual number of residential property landlords that are women increased 5% to 1.2 million for 2016/17 tax year, the latest data shows, up from 1.1 million the previous year.

ludlowthompson says the narrowing gender gap between buy-to-let investors reflects how property has become an increasingly popular investment amongst women. Property is often perceived to be a lower risk option, offering less volatile returns than other asset classes, such as equities.

Academic studies suggest that generally, women have a less aggressive appetite for risk than men.

The near equal gender split that exists amongst buy-to-let investors stands in contrast to the split across other asset classes.

The latest data shows that women account for only 43% of stocks and shares ISAs, owning 957,000 shares ISAs compared to 1.2 million men, while women represent just 8.5% of cryptocurrency investments.

According to ludlowthompson, women now receive 43% of all income from buy-to-let investments, which works out at £14.8bn of a total of £34.2bn. Meanwhile, women receive 37% of a total of £125.8bn pension income earned by retirees.

Stephen Ludlow, chairman at ludlowthompson, said: “The buy-to-let sector has a reputation of providing stable, long-term returns. Whilst some investors have become distracted by more speculative investments, buy-to-let continues to build increasing interest amongst investors who value income and long-term growth.”

“It may not be long before we see a 50/50 gender split amongst buy-to-let investors which is significant given the much wider gaps in other asset classes, such as equities.

“Buy-to-let property is popular across investors of all different risk appetites. It is a sensible way to diversify an investment portfolio and does not require in-depth knowledge of accounting rules that you might need for investing in shares.

“There have been some naysayers suggesting that the property market is risky. However, even throughout years of Brexit uncertainty, house price growth has been relatively stable – unlike other areas of financial markets where price swings have been enormous.”

Poll: Do you agree that generally, women have a less aggressive appetite for risk than men?