By Nicholas Donnithorne
< Back 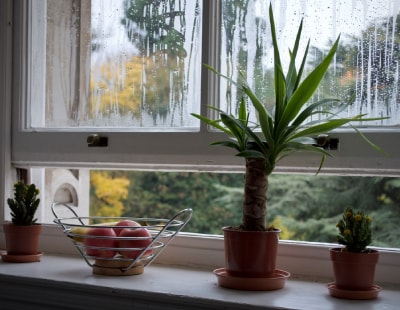 The Homes (Fitness for Human Habitation) Act 2018 has been applicable to all tenants in England for just over a month, including those who signed their leases before March 2019.

The act aims to ensure rented houses and flats are ‘fit for human habitation’, meaning that properties meet adequate natural lighting requirements, are suitably ventilated and free from damp and condensation.

It came into effect on 20th March 2019 for all new or renewed tenancies starting from that date, but as of this year all tenancy agreements must comply with the regulation. In the event that landlords neglect to address a property health or safety concern, the Homes Act gives tenants the right to take their landlord to court.

A study previously conducted by Rentokil Property Care highlighted some of the issues that tenants face in social as well as privately rented housing. The research found approximately 5.8 million renters have experienced damp and condensation issues and that of these, 2 million believe they have developed an illness as a result of their living conditions.

The housing charity Shelter claims that around 1 million rented homes are not currently fit for human habitation, potentially affecting 2.5 million people in the UK.

The Homes Act formalises the building maintenance responsibilities of landlords and clarifies the legal rights of tenants living in properties deemed not ‘fit for human habitation’. All landlords, social, private or agents acting on their behalf, will have to ensure their properties are fit for human habitation from the start of the tenancy and throughout its duration.

While some forms of water ingress and damp have an immediate effect – such as when flash flooding occurs, others, such as rising and penetrating damp, can take months or even years to appear. Damp can come from either internal moisture sources or absorption from outside, leading to a build-up of excess water within a building. Damp takes three forms:

This can be caused by a number of issues including the lack or breakdown of a physical damp proof course, or the bridging of the damp course (for example from a raised flower bed or a patio positioned against a wall that ‘bridges’ the damp proof course). If damp patches on walls appear on the external surface on wet days and disappear on dry days, this can indicate the presence of hygroscopic salts in the masonry, often as a consequence of rising damp. These salts pull in excess moisture out of the air and make the wall surface damp, but on sunny days the air is less humid, and the wall dries out. The same effect can occur internally as salt contaminated wall plaster holds moisture from the original rising damp problem but then partially dries out through evaporation.

Penetrating damp refers to water entering a property by penetrating masonry walls. If your property is exposed to prevailing winds, rain can be driven into the masonry, and then pass through solid walls to the plaster. Property defects such as cracked render, gaps around windows, defective ‘rainwater goods’ such as guttering and downpipes and leaking roofs can lead to additional moisture entering a property. Un-capped and unused chimneys can allow rain to enter the chimney in sufficient quantities to cause damp patches on chimney breasts. Penetrating damp can also occur when groundwater passes through the basement or earth retaining walls into places like cellars for example.

This is the consequence of the production of excessive moisture (humidity) within a building. This is most common between the months of October to the end of April, when ventilation is reduced as windows are often kept closed and there is a big difference in temperature between the interior and exterior of the home. Air only holds a certain amount of water before it ‘precipitates’ on cold surfaces as condensation, causing damp patches on colder external walls and in window reveals. Over time, this can lead to a build-up of black spot mould. A family of four will on average produce 24 pints of water vapour each day, so keeping a house well ventilated is an important step in preventing condensation.

condensation, landlords can facilitate adequate ventilation in properties. In the Rentokil Property Care study, over two fifths (44%) of renters reported having no extractor fan in the bathroom, and a further 31% said the bathroom had no window either. Additionally, over a third (34%) of tenants reported having no reliable central heating, exacerbating the process by which airborne moisture forms condensation on cold surfaces.

Ensuring tenants are aware of the causes of condensation and damp will go a long way to preventing it from ever becoming a significant issue. Minimal lifestyle changes such as removing stale air by opening windows and keeping the lids on pans when cooking, can help prevent this moisture from contributing to mould growth.

Drying clothes in unventilated areas can impact the experience renters have with condensation, damp and mould. In the same study, tenants indicated that they regularly dry their clothes on radiators (30%), with one in 10 admitting they do this all the time. While this is often the only option in the absence of a tumble dryer or an outside clothesline, a radiator used to dry clothes will generate excessive humidity and if the room is not ventilated properly it can lead to condensation mould.

Adequate maintenance of a property requires the combined effort of both tenants and landlords. Good communication is imperative: tenants must be able to notify landlords of any issues so that they are resolved in a timely manner. It is also important for landlords to make tenants aware of any habits, such as drying clothes on radiators or not opening windows, that may make their living conditions more susceptible to damp problems.

With respect to the threat of legal action, most landlords who currently fulfil their duties will be unaffected by the Act’s amendments. Awhile the new legislation will not change any property standards or provide additional regulation, it will grant tenants the power to enforce existing standards that landlords are expected to meet.

Tenants can sue landlords for damp homes under new laws ...

Tenants now have the right to sue their landlords for cold...

What issues can cause a property to be classed unfit under new law? ...

The new Homes (Fitness for Human Habitation) Act 2018 will be...

Landlords must ensure properties ‘comply with the required standards’ or face court ...

Landlords are being urged to prepare for the new Homes (Fitness...

How will the Homes (Fitness for Human Habitation) Act 2018 affect you? ...