The increase in rental prices in London has slowed down to the level of 2015, new data shows.

Rental prices for London were already levelling out at the end of 2019. Despite the slowdown in rental price increases in the capital, the city remains the most expensive city to rent property in Europe, according to Housing Anywhere.

London, notorious for high rental prices, saw rents increase by an average of 0.5% in Q1 2020 when compared with the previous quarter, which is the lowest rate of quarter-on-quarter growth since 2015. 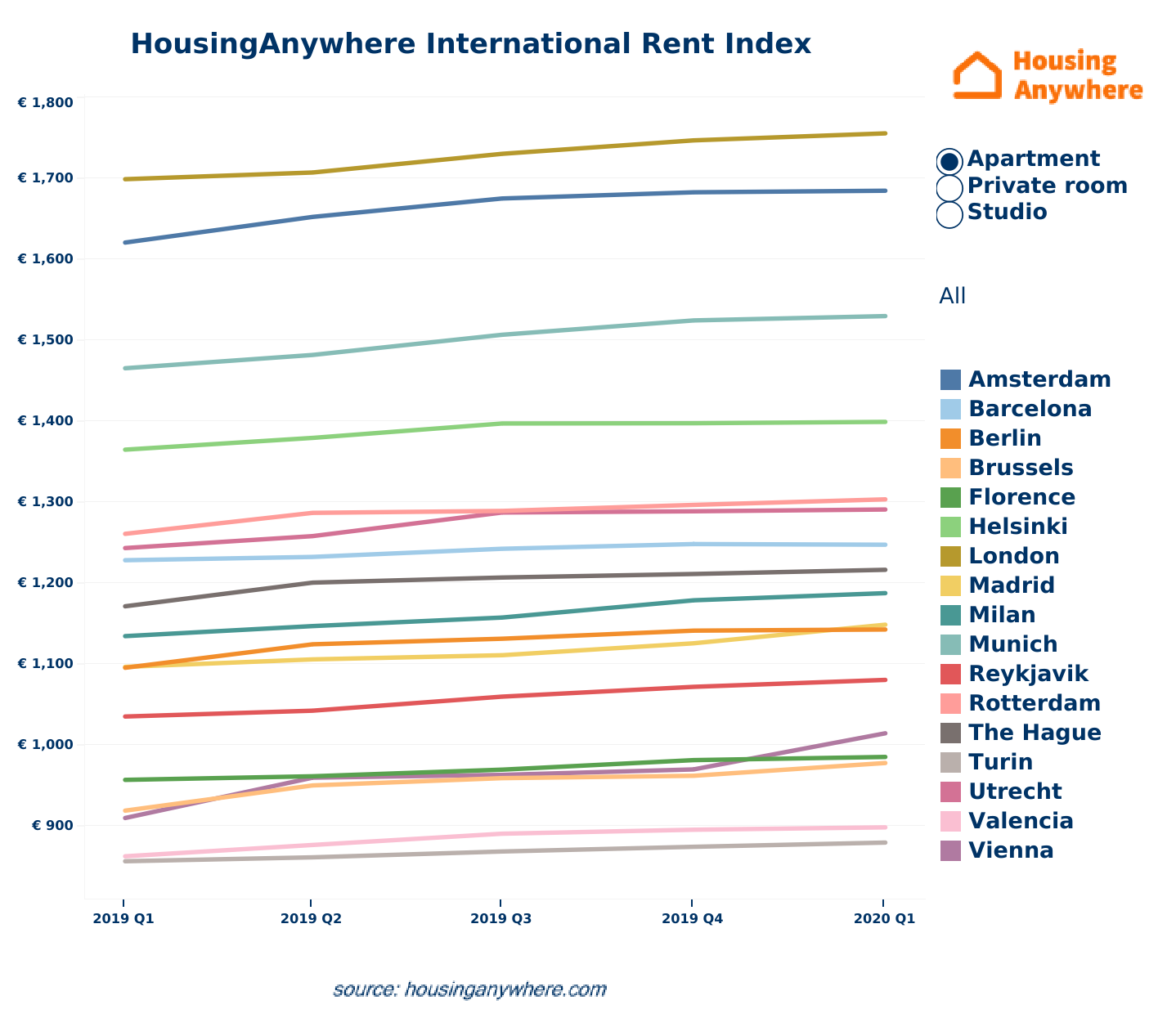 While January and February still mostly show a continuation of the trends that were visible in Q4 2019, with rents increasing across most of Europe, March saw the first declines in rental prices, consequently breaking the trend.

The increase in rental prices coming to a halt cannot be fully attributed to the outbreak of COVID-19 and its resulting crisis. Although some cities saw their rents increase, the majority of cities in Europe saw rent increases leveling out by the end of last year. 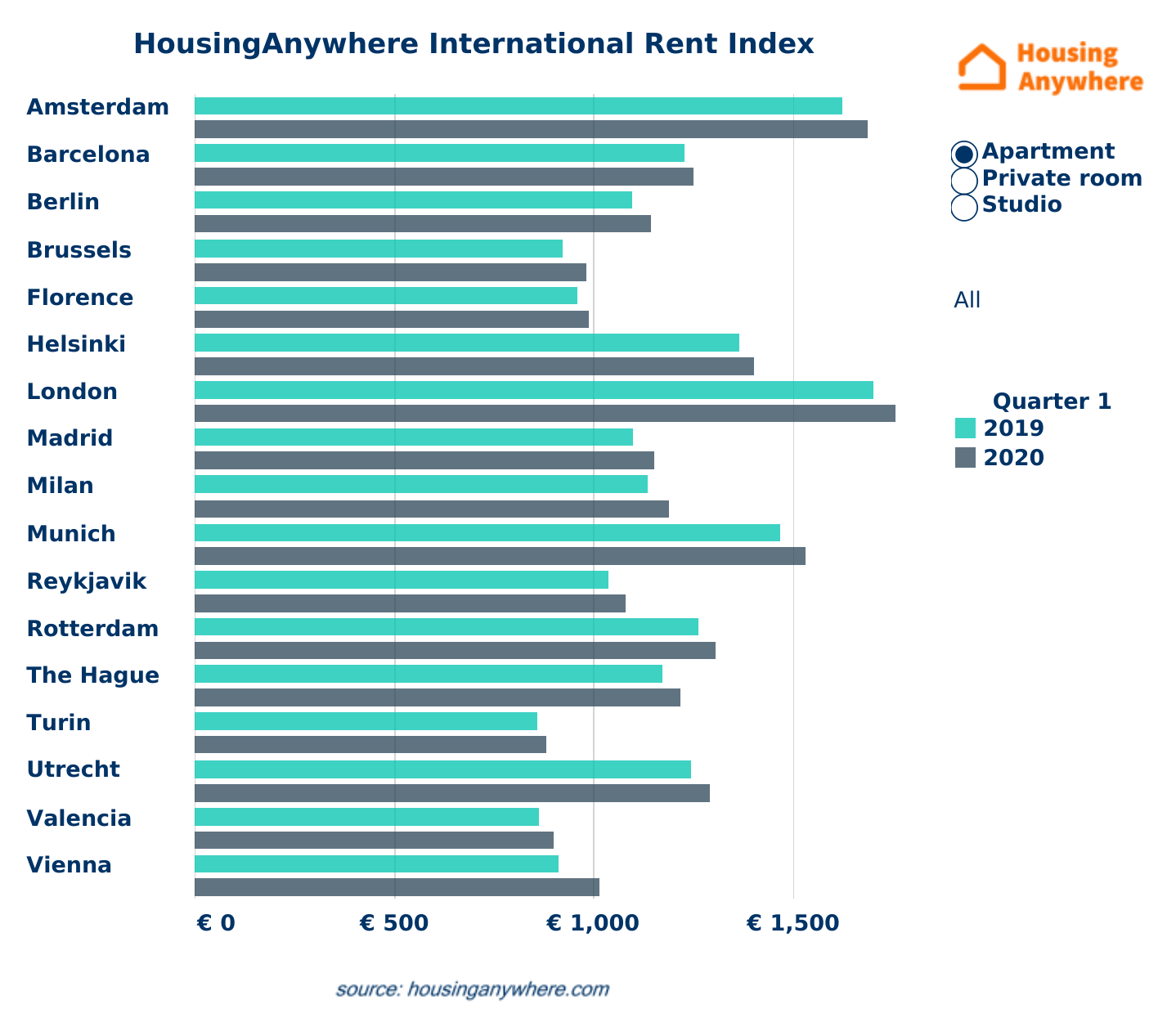 UK tenants get the “worst deal in Europe”, says NHF ...

Britain’s private renters are getting a rough ride in contrast to...

The Residential Landlords Association (RLA) is calling for urgent discussions with...