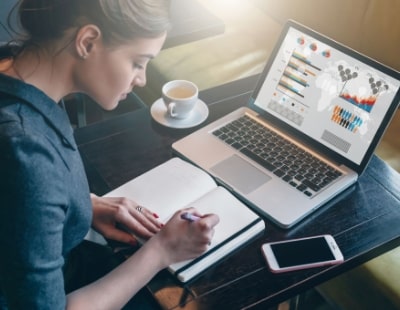 Buy-to-let landlords are being urged to take advantage of the stamp duty tax savings announced in the chancellor’s summer statement by investing in property ‘now’.

Many investors continue to be drawn to the buy-to-let market as the returns routinely outperform those of other investments, and new investment in property sooner rather than later will set many people in very good stead, according to Mortgages for Business.

The mortgage broker says that BTL landlords should start searching the housing market for potentially ‘undervalued’ properties before those merely moving up the property ladder are ready to do the same.

Steve Olejnik, managing director of Mortgages for Business, commented: “Clearly, landlords need to take advantage of the stamp duty holiday before the window closes in March next year.  Property investors are in a better position to qualify for a mortgage now that reduced stamp tax allows them to wield a larger deposit. Furthermore, if the measures Rishi Sunak has put in place underpin property values, the cut will help those looking to remortgage as well.

“Less obviously, landlords may not appreciate they need to act while they are well-placed to move in a way that owner-occupiers are not. We know property investors have been remortgaging with a view to picking up some bargains. Owner occupiers have not been doing the same.

“Landlords have been preparing since the start of the lockdown, remortgaging to enlarge potential war chests with an eye on bagging bargains in the future.”

Given that first-time buyers do not have that flexibility and owner-occupiers have not been remortgaging in the same way, BTL landlords are currently very well-placed to seize the day.  But that advantage will not not last forever.

“That’s why smart investors will start expanding their portfolios immediately, rather than waiting and then scrambling to try to do deals at the last minute,” said Olejnik.

An analysis carried out by Mortgages for Business, based on data from April and May this year, found landlords who were remortgaging were primarily doing so to build an investment war chest.

The broker found 30% of property investors were taking out a buy-to-let remortgage with a view to expanding their portfolio and growing their cash reserves. At the same time in 2019, landlords were more interested in guarding against risk.  The research also indicated that 46% of landlords had been increasing the size of their loans – significantly higher than the long-term average of 38%.

Olejnik added: “This is all about expectations. At the moment, sellers are grateful for a sale and there are plenty of potential sellers who would put their property on the market if they thought they could get a deal done.

“Currently, sellers aren’t trying to grab the money that buyers had tucked away to pay for stamp duty – cash that was earmarked for the taxman. But the closer we get to March 2021, the more sellers are going to start making bids to grab the money that buyers had originally allocated to the government.  They will see the spare cash sloshing around the housing market and become less inclined to negotiate.

“By the start of next year, the stamp duty holiday will have made sellers much more determined to get a good price – where they might have been more inclined to offer discounts.  Landlords should be aware of that.”

Furthermore, Mortgages for Business says that their monthly mortgage volumes doubled in the run up to previous punishing regulatory and fiscal changes – as landlords fought to beat the deadline.

Olejnik continued: “Over the last few years, property investors have been the chancellor’s whipping boy while first time buyers have been the government’s golden child. Landlords have been hit by higher taxes and tighter restrictions on borrowing. Ahead of those restrictions coming in, landlords flooded the market.

“Now, some restrictions are temporarily easing. Property investors know that, come March, those restrictions will be back in place.  As a result, in the run up to the deadline, the monthly volume of deals is going to double once more, making it much less certain loans will come through in time.

“Furthermore, while lenders have slightly less appetite to lend than they did pre-Covid, that caution is currently only manifesting itself in the form of more underwriting questions.  That will not last either – rates will only rise between now and March 2021 as competition between lenders eases. It’s been a long time since the last lender price war now. So, if you’re a landlord, and you’re thinking of expanding your portfolio, do it now!”

Poll: Are you planning to add to your property portfolio this year?

More than half of all BTL lenders offered limited company products in Q2 ...

Purchasing an investment property via a limited company, rather than as...