Pent-up demand during lockdown has translated into a rapid bounce-back in activity since the start of June, with new and completed tenant applications surging above 2019 levels.

The latest data and analysis from Goodlord shows that rental costs are rising in the majority of regions and void periods are falling, as tenants compete for properties on the rental market.

Overall, the average cost of rent has increased by 3% across the eight regions monitored by Goodlord, led by gains in the South West, which saw average prices increase by 11%, from £859 per calendar month (pcm) to £965pcm.

The only region which saw a dip in prices was the East Midlands, which saw average rental costs drop by 4%, from £825pcm to £795pcm.

The UK average rental cost, per property, now stands at £893pcm, up from £862pcm in May, according to Goodlord.

Void periods dropped in five out of eight regions monitored, as the market caught up to demand following the lifting of lockdown rules.

The biggest drop came in the North East, with voids reducing from 29 to 17 days on average.

A similarly large decrease came in the South West, where void periods dropped from 23 to 12 days, reflecting the hike in rental prices across the South West region.

Drops in void periods were also recorded in the South West and the North West.

It was a different picture elsewhere, however, with increases in void periods in the East Midlands, Greater London and the West Midlands.

Tom Mundy, COO of Goodlord, said: “If May was characterised by a release of pent up market demand, then June was that demand translating into action.

“The numbers throughout the month were incredibly impressive and show how hard the industry has been working to serve as many tenants and landlords as possible.

“We saw an unprecedented number of lets completed each day in June. It’s therefore no surprise to see those levels of demand starting to affect average rental costs and void periods.” 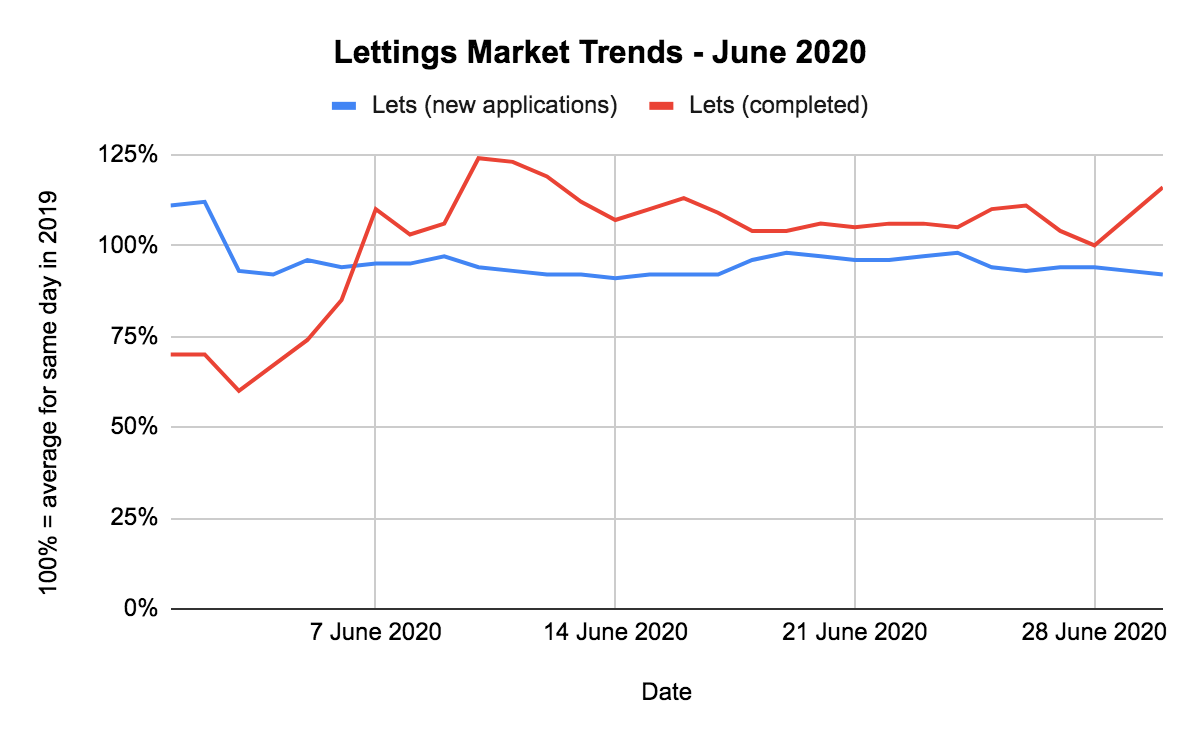