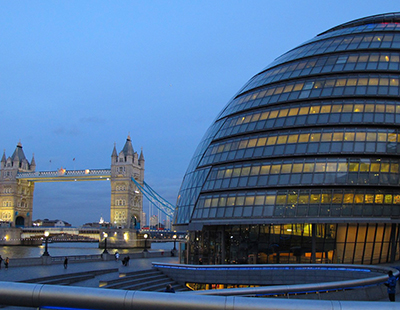 The government’s decision not to remove the cap on Universal Credit for all claimants and increase housing benefit to cover local median rent levels leaves thousands of renters in the capital facing potential eviction, according to Labour’s London Assembly.

Labour’s London Assembly housing spokesperson, Murad Qureshi AM, has long warned that a failure to close gaps in the welfare system now, could lead to an increase in homelessness when the government’s temporary eviction ban is lifted next month.

In June, Qureshi wrote to the secretary of state for work and pensions, Therese Coffey, calling for reforms to be made to Universal Credit and for Local Housing Allowance (LHA) to be raised to the 50th percentile, to cover the median rent level in any given area.

He said that this will ensure that thousands of the most vulnerable Londoners could keep up with rent payments and manage arrears, coming out of the first Covid-19 outbreak.

The minister for welfare delivery, Will Quince, sent two responses to rebuff these calls.

Both letters highlighted that the LHA rate has been raised to the 30th percentile, to cover the 30% lowest rents in an area, and that the cap on Universal Credit has been lifted on a temporary basis for some claimants meeting certain conditions.

Yet housing charity, Shelter, say that the current gap between the LHA rate and rents could still be more than £1,200 for some households in the capital.

Research carried out by Policy in Practice, commissioned by City Hall, has shown that the number of households in London hitting the benefit cap on Universal Credit has doubled amidst the Covid-19 outbreak.

Last week, the mayor of London reissued his calls for the government to implement a triple-lock protection for renters, which includes an increase to welfare payments and the outlawing of the use of section 8 and section 21 notices to oust tenants who have built up rent arrears during the lockdown period.

Qureshi said: “Despite the initial protections put in place for renters amidst the Covid-19 outbreak, thousands of the most vulnerable Londoners still have the threat of eviction hanging over their heads.

“It is clear that more needs to be done. I was curious to receive two separate, but very similar, responses to my letter from the minister. However, I am disappointed that neither made a commitment to further protections for renters.

“Doubling up on their responses could also indicate one of two things: either they are very keen to defend their failure to act or that the left hand doesn’t know what the right hand is doing at the DWP.

“It is only sensible that benefit payments should cover local average rents and that caps imposed on the welfare system are removed if they lead to more families being driven into poverty.

“If the government intends to stick to its ‘whatever it takes’ mantra, then raising housing benefit and removing the cap on Universal Credit for all claimants is the next logical step”.

Labour has launched its general election manifesto, promising to “transform” the...