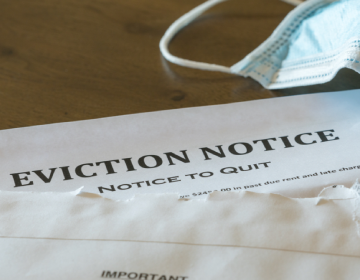 The government insists that its ban on bailiff-enforced evictions “protects the most vulnerable renters” during the pandemic.

The claim comes in the official announcement about the ban extension, released by the Ministry of Housing, Communities and Local Government just before the start of the weekend.

The statement was combined with a substantial cash boost for councils to help the homeless. Those parts of the statement that relate to the private rental sector are set out below - these are the words of the government:

“Extra support to help protect rough sleepers and renters from the effects of Covid-19 has been announced by the Communities Secretary Robert Jenrick today (8 January 2021).

“Renters will continue to be supported during the new national restrictions, with an extension to the ban on bailiff evictions for all but the most egregious cases for at least 6 weeks – until at least 21 February – with measures kept under review.

“Communities Secretary, Rt Hon Robert Jenrick MP said: ‘At the start of this pandemic we made sure that the most vulnerable in society were protected. This winter, we are continuing in this vein and redoubling our efforts to help those most in need.

“…’We are also extending the ban on bailiff evictions – helping to protect the most vulnerable renters.’

“Court rules and procedures introduced in September to support both tenants and landlords will remain in place and regularly reviewed. The courts will continue to prioritise cases, such as those involving anti-social behaviour, illegal occupation and perpetrators of domestic abuse in the social sector.

“Landlords continue to be required to give 6-month notice periods to tenants until at least 31 March except in the most serious circumstances.

“…A new mediation pilot will further support landlords and renters who face court procedures and potential eviction from next month (February). It will offer mediation as part of the possession process to try and help landlords and tenants to reach a mutual agreement and keep people in their homes.

“Helping to resolve disputes through mediation will enable courts to prioritise urgent cases, supporting landlords and tenants to resolve issues quickly without the need for a formal hearing. The mediation pilot will work within the existing court arrangements in England and Wales.

“The protections for renters are on top of the comprehensive package of support the government has put in place to help households, including support for businesses to pay staff salaries and strengthening the welfare safety-net by billions of pounds.

“This has helped to protect renters from the economic fallout of the pandemic by supporting them meet their outgoings, including paying their rent.”

At the same time as the announcement about the ban extension, the MHCLG issued what it calls “extra information” about its attempts to help tenants during the Coronavirus crisis.

"The package of support is reducing the number of evictions as applications to the courts for possession by private and social landlords were down 86% between July and September 2020, compared to the same quarter in 2019.

"No repossessions were recorded between April and end September 2020 compared to 14,847 in the same period last year.

"The government has changed the law in England to ensure bailiffs do not enforce evictions for 6 weeks until 22 February, with no evictions expected to 8 March at the earliest.

"This will be kept under review.

"The only exceptions to this are for the most egregious cases – anti-social behaviour, illegal occupation, death of a tenant where the property is unoccupied, fraud, perpetrators of domestic abuse in social housing and extreme rent arrears equivalent to 6 months’ rent.

"Guidance to support landlords and tenants in the social and private rented sectors understand the possession action process and new rules within the court system in England and Wales is available.

"For those renters who require additional support, there is an existing £180 million of government funding for Discretionary Housing Payments for councils to distribute to support renters with housing costs."

Shelter says renters are “frightened” of eviction, despite extension ...

The government’s latest extension for the ban on bailiff-enforced evictions -...

All eyes on Jenrick after Scotland extends its evictions ban ...