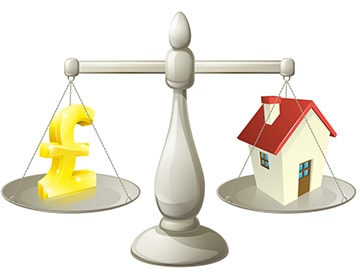 A PropTech firm says it’s wrong that landlords are expected to prop up the rental market during the pandemic in the wake off mounting arrears and other challenges.

Franz Doerr, chief executive at rental payments platform flatair, says: “Mountains of unpaid rent are piling up at the feet of landlords who are powerless to do anything about it. The government, therefore, must act urgently to protect the long-term interests of tenants by keeping them out of inescapable debt, while ensuring landlords are being treated fairly.

“Unlike Scotland and Wales, England still hasn’t launched a tenancy loan scheme — which would provide struggling renters with a means to cover the cost of their tenancies.”

In recent days the National Residential Landlords Association produced figures showing that over 50 per cent of private landlords have lost rental income as a result of the pandemic.

A third of landlords have also indicated they were now more likely to either leave the market entirely or sell some properties.

The NRLA’s survey for the fourth quarter of last year found 56 per cent had lost rental income, with 12 per cent having lost more than 20 per cent of that income.

Flatfair’s Frank Doerr continues: “Landlords are quickly becoming fed up with the lack of support coming their way, which could ultimately give way to an exodus from the buy-to-let sector. This would be disastrous for renters, too, by depleting the number of more affordable rental properties on the market.

“Communication between both landlord and tenant is key during these uncertain times, and renters who are worried that they may soon find themselves in financial distress should let their landlord know as soon as possible.

“Engaging early gives both parties the time to come up with a solution and, more often than not, landlords will be willing to work with you in coming up with a more flexible repayment plan if you are upfront and honest about your issues.”

Over 20% of renters could fall into arrears in Corona hotspots - claim ...

A PropTech company claims a quarter of private renters in towns...

Eviction change - tenants with ‘severe arrears’ can be evicted ...

From today possession cases with severe rent arrears will be exempt...

Generation Rent is calling for a furlough-type scheme aimed at helping...

Post-Lockdown league table shows where to find the best yields ...

A new league table from comparison website Rentround shows how the...