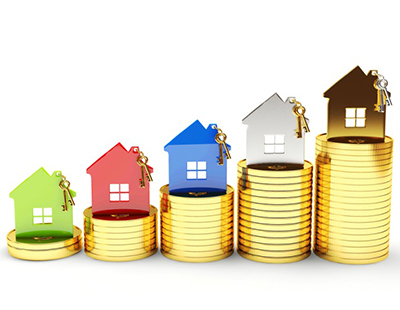 Many agencies give their forecasts for the following year or years in the late autumn, but one of the most detailed and respected comes from Savills.

It’s just released the latest revision of its five year forecast, which may be useful for landlords considering investments in the short term.

Savills says UK mainstream house price growth is expected to be 3.5 per cent next year, chiefly because a shortage of homes available to buy continues to support prices.

Housing transactions are expected to fall back to more typical levels after 2022, after hitting a projected 1.5m in 2021.

Increases to interest rates expected to act as a drag on the amount households can borrow relative to their income, while in terms of work patterns and lifestyle, hybrid operating is expected to continue to underpin demand in suburban and rural areas.

Regarding prices, the north-south divide in mainstream house prices set to close further with total five-year price growth of 18.8 per cent in the North West and Yorkshire and Humber outstripping the 5.6 and 10.4 per cent expected in London and the South East, respectively.

Prime central London forecast to grow 8.0 per cent in 2022 and 23.9 per cent over five years as affluent domestic and international buyers return to the city; prime outer London will grow 13.7 per cent.

“After such intensity in the market and without the imperative of a stamp duty holiday, we know that there’ll be less urgency in the market from 2022” explains Lucian Cook, head of residential research at Savills.

“Indeed, we have already seen three-month on three-month house price growth slip back from 3.9 per cent at the end of June to 1.7 per cent at the end of September. With the prospect of inflationary pressures persisting into next year, bringing forward the first anticipated interest rate rise, we expect price growth in the near term to be somewhat more muted than we have seen of late” he adds.

“With gradual interest rate rises expected, we expect the mortgage regulation introduced back in 2014 to show its hand more clearly over the next five years.

“Stress testing of affordability has meant that existing borrowers are unlikely to get into financial trouble as rates creep up. But it will cap how much new buyers can borrow relative to their income in a higher interest rate environment, acting as a drag on both prospective price growth and market activity over our forecast period” says Cook.

Specifically for landlords and investors, Savills anticipates that the return of some office workers and students will give the lettings sector some short term recovery.

Beyond this, Savills expects rents to resume their long-term correlation with income growth. That means UK rents are expected to rise by 19.9 per cent over the next five years, in line with expectations for incomes.

Due to the strong recovery in London, the capital’s five-year outlook is somewhat higher. Here, Savills predicts rents to be 22.2 per cent higher at the end of 2026 than where they are today.

Wishing all our readers a Happy New Year ...

The team at Landlord Today and our publisher, Angels Media, wish...