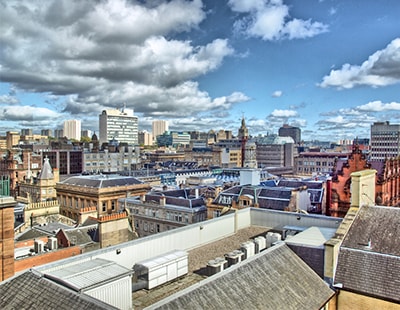 The new coalition of the Scottish National Party and the Greens in Scotland has pledged to introduce rent controls - and now it appears the subject is on the agenda in Wales, too.

Labour has 30 seats in the Welsh Parliament - one short of an overall majority - so has struck a political deal with nationalist party Plaid Cymru. This will not be a formal coalition nor will it involve ministerial positions for Plaid politicians.

However, there will be political agreement on certain key issues; increased limits on second homes is one such issue, while rent controls is another.

No details at all have been released so far, other than that those issues have been agreed as policies which both parties can agree on; aside from housing, policy deals also cover the extension of free school meals to all primary school pupils; childcare for all two-year-olds; creation of a National Care Service; limits on second-home ownership; a replacement for council tax; the creation of a publicly owned construction company and an energy company; changes to the Welsh Parliament’s size and electoral system, including a statutory guarantee of gender balance; and measures to promote the Welsh language.”

Former Labour shadow chancellor John McDonnell says the deal secures “a radical programme for Wales that contains many of the policies set out in Labour’s 2019 election manifesto.”

In Scotland, where the coalition between the SNP and the Greens is scarcely more than a month old, First Minister Nicola Sturgeon has already pledged that she will continue with so-called ‘rent control pressure zones’ which are expected to become law bay 2025.

More details of the Welsh proposals are expected later this week - in the meantime, the National Residental Landlords Association has issued a statement saying: “Evidence from across the world shows rent controls do not work.They make it harder for renters to find an affordable home, encourage rent rises, see housing conditions deteriorate and can lead to a reduction in the overall number of homes to let as landlords leave the market. We would encourage the Welsh Government to resist any moves to introduce them.”

Anger as politicians accused of caving in to landlords ...

There has been an angry response by some politicians in Wales...