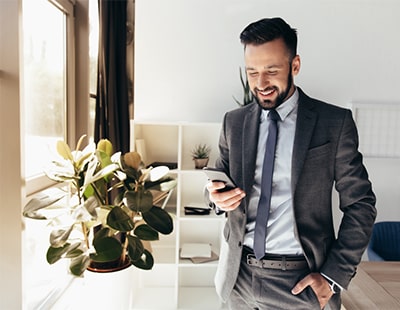 An agency has issued a statement standing shoulder-to-shoulder with landlords and rejecting the negative mood music surrounding the private rental sector.

Chris Wood and Ross McDonald have been working in the private rental sector for approaching 30 years and each ran a successful lettings agency until creating their own, Portfolio.

It is described by the pair as “Scotland’s only estate agency for landlords.”

In an outspoken statement on its website the agency responds to the recent attacks on the rental sector in general and landlords in particular by the Scottish Government. The agency’s statement will ring bells for landlords across the UK, not just north of the border.

Here is the statement in full:

The private rented housing sector in Scotland comprises of more than 325,000 homes, which, based on average Scottish household data, could be almost 700,000 people.

A healthy private rented sector helps create better lives. It’s good for our communities and for the people In them who depend on it for a roof over their heads, not to mention for the national economy (the sector is worth an estimated £46 billion) which pays for the public services we all enjoy.

The PRS is a force for good in Scotland. Yet there is growing frustration among landlords that it is underappreciated, undervalued and - increasingly - under attack. This is not healthy.

Private rented housing has become a victim of sweeping misconceptions which we fear are having an increasingly negative influence on Scottish Government policy. The outcome of this is quite simple - it will risk driving landlords out of the business, reducing the supply of much-needed affordable homes, and therefore pushing up the price.

Far too often landlords are wrongly perceived as rich, fat cat business people who care little about their tenants. The reality is that the overwhelming majority are anything but - they are normal people, committed to providing quality, affordable homes.

The truth is that there’s no typical landlord. The market is largely made up of people whose day jobs lie in other professions, from hairdressers to firefighters, call centre workers to teachers. These are people whose rental property is primarily there to help their families for the future.

As Scotland’s only estate agency for landlords, we understand this - and we want others to realise it too before much-needed homes are removed from the rented market.

We have surveyed almost 200 landlords to help debug some of those myths . We hope they will begin to open eyes as to the reality of life in the PRS.

Landlords have a positive part to play in Scotland’s future, offering good, affordable and safe homes, fulfilling a critical national need. They are keen to engage and educate about the positive difference they make. We are eager to help that in any way we can.

You can see the findings of the agency’s survey here.

An estate agent in Scotland is warning that a new attack...

Lords report accuses private rental sector of being too expensive ...

A House of Lords report claims that the private rental sector...