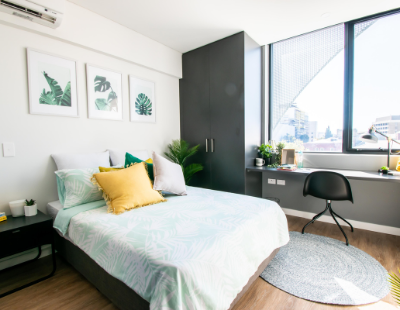 Demand for rooms has rocketed in recent months, coinciding with a huge shortage in the number of rooms available in the UK.

That’s the headline from the latest survey of some 6,000 room renters by online platform SpareRoom.

It says the increase in demand has been driven by people coming into the market, rather than moving within it. According to the same poll, many are moving back out of parents’ or friends’ houses, flatsharing after renting on their own or owning a property, and overseas students (and students in general) are starting to return to cities.

SpareRoom’s research reveals exactly where these people are moving from:

- My own rented properly (not shared with anyone else) - 6%

The platform also surveyed over 400 landlords to find out what has caused this drop in supply.

Some 59 per cent of landlords said they have fewer rooms to fill than this time last year, and almost half of those with fewer rooms said they'd filled all their rooms and they were now tenanted.

But this isn’t the only reason why landlords have less availability currently:

- 14 per cent aren't expanding their portfolio due to high house prices;

- 10 per cent aren't expanding due to uncertainty in the market;

- Nine per cent have sold one or more of their properties;

- Eight per cent can't develop properties due to a lack of tradespeople or materials;

- Six per cent are planning on selling up and leaving the market.

Selling Up? Be quick - glut of properties on the market soon ...

Landlords considering selling up because of the tighter regulations and larger...