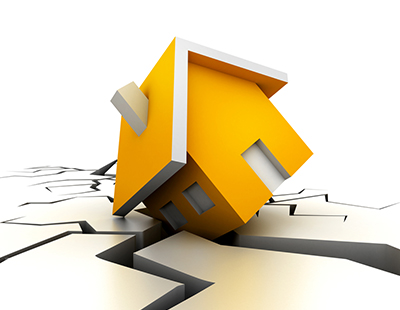 Landlords selling up or converting to short lets have led to a growing housing crisis, according to a trade body of local authorities.

Some 76 per cent of authorities surveyed by the District Councils Network say that this had caused a rise in housing waiting lists, causing more people to lose homes, and making it harder to find permanent accommodation for those in need.

In addition, 48 per cent of these councils said they were now experiencing a significant pressure on housing services due to this.

One council in a popular tourist destination in the south-west of England has reported a nearly 80 per cent drop in the number of open market, long term rental accommodation available in their local authority area over the last three years, with many landlords leaving the market or providing short term accommodation for holiday makers instead.

The DCN says this news comes at the same time as a report by Zoopla revealed that rents in the private rented sector have reached a 13 year high, with a six per cent increase in the last year.

Councils are reporting that this rise is forcing some long term tenants to apply for hardship support from their local authority, with some council areas seeing rents rise to over a third higher than the average salary in their local area.

The authorities are warning that the housing benefit many suffering hardship receive will likely not be sufficient in the longer term, as the government looks set to keep Local Housing Allowance rates, which determines the amount of benefit received, frozen over the next year.

The DCN says landlords are leaving the market due to the impact of the pandemic, with tenants unable to afford their rents, landlords requiring to move into a property themselves and a rise in ‘staycations’, leading to a boom in the short term holiday let market.

The District Councils Network, representing 200 district councils across the country, is calling on the government to increase investment in council housing and give councils the tools they need to create their own permeant housing for people in their communities in hardship.

District councils stand ready to work with government to proactively increase the supply and quality of homes for benefit claimants, ensuring those in need can have a permanent roof over their heads in their local communities in the future.

The network chair, Councillor Sam Chapman-Allen, says “This survey reveals a perfect storm of problems creating a crisis in the private rented sector across the country.

“Now the government’s eviction ban has ended, this is a problem that could get worse, with councils also seeing increase in the numbers of tenants needing housing support due to increased evictions due to rent arrears.

“During the pandemic, district councils and the government worked together to help protect those who are most vulnerable through the Everyone In initiative, the temporary banning of no-fault evictions, and other measures such as furlough and the Universal Credit uplift.

“We need to urgently tackle this issue by permanently lifting housing benefit for tenants in private rented housing and for increase in government support to invest in a renaissance of council house building to create homes, jobs and growth.”

Airbnb claims no link between short lets and housing crisis ...

Airbnb’s general manager is claiming that there is no fact-based evidence...

A council says the private rental market is “out of control”...

Landlords encouraged to use ‘under-utilised’ homes for council ...

Owners of apparently empty or under-utilised properties in a prime London...