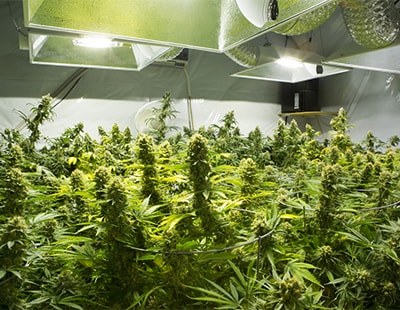 A gas engineer was shocked to come across a large cannabis grow in a rental property after being called to change the meter.

He rang the police having smelt a strong smell of the drugs from a house in Blidworth, Nottinghamshire.

Officers were alerted and managed to gain entry to the property and found around 30 cannabis plants across two rooms, the attic and the garage, as well as more drugs in boxes.

An electricity engineer later confirmed that the meter had been bypassed illegally allowing power to the cultivation in the garage and the upstairs bedroom. The cost of the stolen electricity was found to be close to the value of £2,500.

The landlord was shocked to be informed by police of the grow and the hefty repair bill. The cost of the repairs due to the damage caused to the property by the offender making holes in ceilings and water damage to floors and carpets was valued at £3,455.

Langton Machacha, from Bristol, 36, pleaded guilty to production of drug class B - cannabis - as well as the abstraction of electricity and criminal damage.

He was given a two-year prison sentence, suspended for two years, when he appeared at Nottingham Crown Court.

Detective Constable Christine Hewlett says: "We work on intelligence and information from the local community and we act on anything we receive, in this incident the gas engineer called police straight away having smelt the drugs.

“We are dedicated to interrupting drug supply across Nottinghamshire, it preys on vulnerable people, fuels crime and causes nuisance to those who live nearby.

"We also found that the electricity had had been by-passed at the premises, this can put not only the offenders lives at risk with illegal and unsafe tampering of the electricity supply, but also their neighbours.”