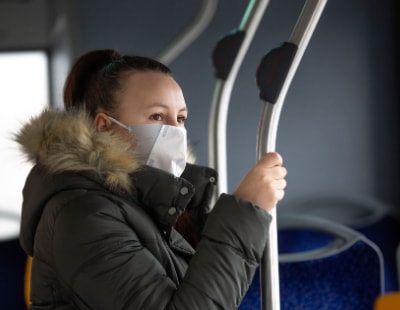 A major survey of landlords, tenants and letting agents suggests Covid-related arrears may not be the big problem as some fear.

The survey, by rental sector suppliers mydeposits and Ome, was of over 14,200 landlords agents and tenants. It considers factors such as the relationship between different parties, challenges and changes in the market, the impact of the pandemic, regulation and government support.

Despite reports of large-scale rent arrears, 95 per cent of tenants said they are not behind with rent due to Covid-19.

Of those who have struggled, 58 per cent said their landlord had been accommodating, with 31 per cent offering reduced rent or a rent holiday. Conversely, 31 per cent of landlords and agents said their tenants were in arrears due to the pandemic.

Both landlords and agents also identified rent arrears as one of the greatest challenges in the rental market, as well as legislation.

The majority of landlord respondents (80 per cent) have been in the buy to let sector for more than five years, with 65 per cent feeling that the industry has changed for the worse for reasons predominantly linked to regulation, legislation and tax.

These reasons have also led to 90 per of landlords and agents feeling unsupported by the government. Yet despite this, 79 per cent still plan to remain landlords over the next five years.

Tenants’ views on whether renting offers value for money are split.

Some 49 per cent say it does not, citing that renting is overpriced, leaves them unable to save and is more expensive than a mortgage. For some, it is the only option as they cannot afford the initial deposit required to buy.

The other half of tenants (51 per cent) think renting does offer value for money owing to its flexibility and being absolved from maintenance costs – a view also shared by three quarters of landlords and agents.

However, homeownership remains a long-term aspiration for 67 per cent.

The devastating impact of the Coronavirus could cost buy-to-let landlords nearly...

Those renting their homes from private landlords are now less likely...

Will Lockdown 2 produce another surge in tenancies? ...