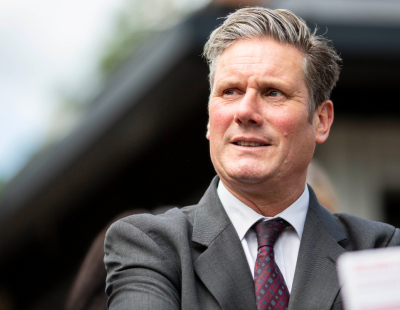 Long Bailey was one of the MPs who nominated Jeremy Corbyn for leader in 2015 and went on to hold a shadow front bench position during his period as party leader; she then ran for leader in 2020 against eventual winner Sir Kier Starmer.

However, she was sacked as Shadow Education Secretary by Starmer last year after a dispute over allegedly anti-Israeli messages retweeted by Long Bailey on social media.

Now she has returned to the spotlight by intervening in a House of Commons debate about housing - and she has expressed critical views about the government’s failure to introduce a ban on Section 21 evictions.

She told MPs during the debate: “On private renters, of course the Government reaffirmed commitments to end section 21 no fault evictions, but we have been waiting for over two years for that. If the Government honour their promise, that still leaves a glaring lack of protection for all those tenants in pandemic arrears who can still legitimately be evicted. The Government should have set out a package of support for them.”

Earlier this month the Queen’s Speech suggested that the Renters Reform Bill, first mooted in 2019, would finally reach the House of Commons for consideration later this year, starting with a White Paper expected in the autumn to trigger more consultation.

This Bill is expected to centre around scrapping existing Section 21 eviction powers, improving the right to possession under Section 8, and introducing so-called lifetime deposits which make it easier and cheaper for tenants to move between rental properties.