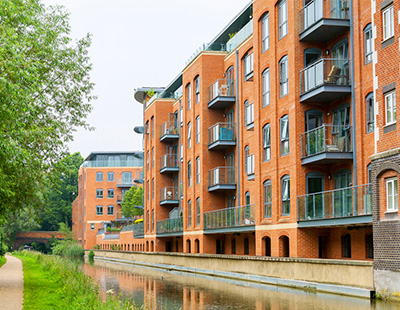 It’s been reported that the Lloyds Banking Group is set to buy its first property as it seeks to become a private landlord.

Today’s Daily Mail reports that the bank is close to securing a block in Peterborough, and could start letting them next month.

Under a plan called Project Regeneration, Lloyds - Britain's largest retail bank - will buy and let out a range of new-build and existing properties across the UK. The bank will manage its portfolio through a subsidiary called Citra Living, which was set up this year, according to filings at Companies House.

Lloyds, which also operates the UK's biggest mortgage lender - the Halifax - is reported to be keen to use its low funding costs, brand recognition and knowledge of the housing market to become a major operator in the private landlord market.

It is thought that becoming a landlord could allow Lloyds to sell other products to tenants, such as insurance or loans for deposits.

Lloyds owns the Halifax, Scottish Widows and Bank of Scotland brands and has involvement with wealth management and insurance.

Lloyds has told the Mail: “As we stated in our full-year results in February, we are committed to broadening access to home ownership and exploring opportunities to increase our support to the UK rental sector.”

More details have emerged of Lloyds Bank’s plan to become a...

BM Solutions will no longer charge a mortgage account fee of...

The buy-to-let market in Scotland has remained resilient throughout 2016 and...