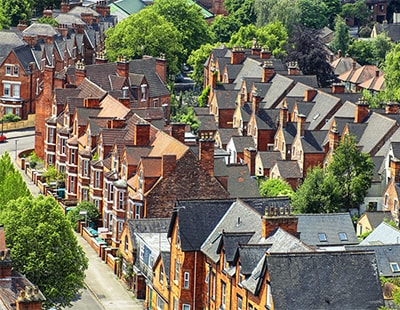 Right to Buy, part of the 1980 Housing Act, gave council tenants who had lived in their house for more than three years the chance to buy their property at a price substantially below market rate. Since the Act’s introduction more than 300,000 London council homes have been sold.

While the number of Right to Buy sales has been declining in recent years, Khan claims the policy continues to have a negative impact on the overall number of council homes in London.

He say it also doesn’t appear to be fulfilling its original mandate of boosting owner occupation, with four in 10 now rented on the private market – sometimes back to the very council that was forced to sell the home in order to house homeless families.

The Mayor’s Right to Buy-back scheme will make money available to help councils and council-owned housing companies acquire homes that will then be let at social rent levels or used as accommodation for homeless families.

All homes purchased through this scheme must meet the government’s Decent Homes Standard.

With more small landlords selling or planning to sell their properties due to changes in tax laws, the Mayor believes it would be far better for these homes to be sold back to the council than to larger private landlords.

Khan insists that over the last 40 years councils have lost both the funding and expertise they require to build more council homes.

Khan himself says: “For more than 40 years, London’s precious council homes have been disappearing into the private sector, often never to be replaced. It’s time for that to change.

“We’re not only helping councils to build thousands of new council homes, but we’re giving them the resources to buy back former council homes through our Right to Buy-back scheme. In the midst of a housing affordability crisis it feels grossly unfair and unjust that more than four in ten council homes sold through the Right to Buy in London are now in the hands of private landlords. These were, after all, homes built for the public good.

“I am proud that we have brought council homebuilding back up to levels not seen since the 1980s and I’m encouraged by the enthusiasm I see from boroughs across London for building new council homes. Fixing the housing crisis is going to take time, but this new Right to Buy-back scheme is an innovative new tool that will help to take another step in the right direction.”

Sell Up! Labour Mayor wants landlords to get rid of ex-council flats ...