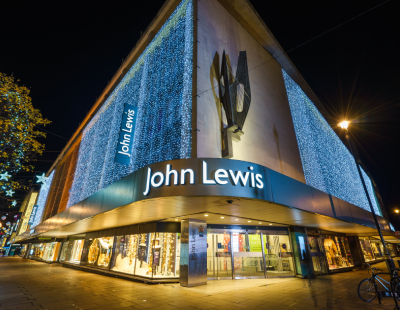 Another new Build To Rent player is emerging - in the unlikely form of the John Lewis Partnership.

The company has long let it be known it wants to get into the private rental sector but now more details have emerged.

The retail giant is to build some 10,000 rental units through joint ventures with established developers.

Plans for some 7,000 of these are already at initial stages on sites currently operation as department store car parks, Waitrose grocery stores, or company distribution centres. Other sites will also be developed from scratch.

The Times says residents of the new rental properties will be offered a choice of unfurnished or furnished with items from the current John Lewis Home range.

John Lewis has already said that food delivery options will exist for its tenants, from the closest Waitrose branches.

The company, which has a long term target to secure 40 per cent of its annual income from non-retail activities, is reported to be considering offering staff discounted rents if they take tenancies.

In a letter sent to 80,000 John Lewis and Watrose staff last year, the chairwoman of the company - Sharon White - said converting some stores or parts of stores to housing is under consideration.

In addition to its retail premises, most of which are freehold, the partnership also owns owns a 2,800-acre farm in Hertfordshire, four hotels and warehouses for logistics facilities.

The firm also owns a small number of homes in the village of Leckford in Hampshire.

Retail giant John Lewis says it is expecting 40 per cent...