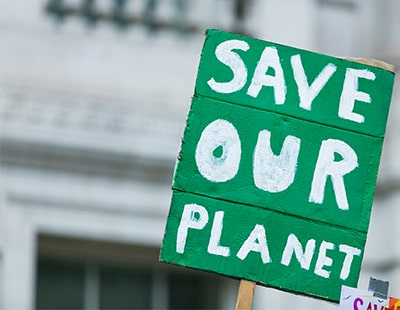 There’s a warning today that some office-to-resi and shop-to-resi conversions - often thought to be popular purchases by buy-to-let investors - may be difficult to adapt to climate change in the long term.

Insurance firm Zurich UK says applications for office-to-residential conversions are up 28 per cent in the latest quarter, hitting a three-year high as developers snap up blocks left vacant by an exodus of workers from city centres.

Now Zurich fears a further relaxation of planning laws - which came into effect this month - could create scores more poor-quality homes that are vulnerable to heatwaves and flooding, as well as other problems relating to fire safety and escape of water.

The insurer claims that office to flat conversions are at increased risk of serious overheating due to poor design, including a lack of appropriate ventilation and shading. The danger is greatest in tiny, self-contained bedsits and studio type flats that could potentially become uninhabitable during increasingly hot summers.

Furthermore, the location of many offices in heavily built-up, concrete areas leaves them more exposed to the ‘urban heat island’ effect, where temperatures are hotter than outlying areas, and flash floods from heavy downpours.

As well as risks posed by climate change, Zurich sees a high volume of escape-of-water claims from office-to-residential conversions, with one of most frequent causes being the failure of plumbing systems not originally designed to service hundreds of domestic kitchens and bathrooms.

“While we recognise the need for more affordable housing, we have concerns about the standard of some homes built under permitted development, where we already see a disproportionate volume of claims. There is a danger that the glut of shops and offices left empty by the pandemic are turned into cheap, substandard housing that lack resilience to extreme weather” warns Paul Redington, Zurich’s major loss property claims manager.

“In particular, overheating in new and existing homes is emerging as a potentially deadly risk. Poor plumbing is also a serious issue that causes major disruption for residents. In the drive to revitalise our town centres, we must ensure that we do not create swathes of homes that are unfit for living and future climate conditions.”

Landlords are being invited to a free webinar that promises to...

Is Retail-to-Resi the next property investment opportunity? ...

The government has launched an unexpected consultation which may indirectly highlight...

Gas boilers may be next problem issue hitting landlords ...

Gas boilers may be the next big issue for the private...