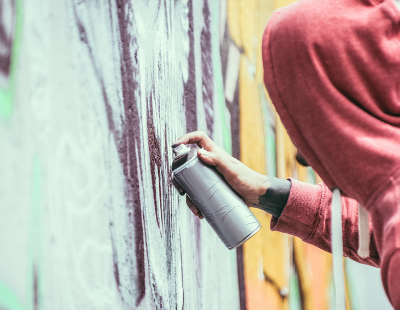 A council is ordering all of its private rental sector landlords to clear graffiti from external walls within four weeks of it being reported.

Belfast council says it is landlords’ responsibility to clear up graffiti on external and boundary walls within four weeks of its appearance.

Since June 1, some 50 HMOs in the city have been in breach of the regulations according to a report recently considered by the council.

The report says that in two parts of the city - Holyland and Botanic areas - there had been 40 incidents of graffiti, with 38 removed by landlords, and in the Stranmillis suburb there was one incident, again removed by the landlord.

However, on the Lisburn Road there were 10 incidents, with only two removed.

Belfast council’s corporate communications team has told the Belfast Telegraph newspaper: “The vast majority of landlords have been cooperative when contacted by our team.”

Responsibility for the removal of graffiti varies from council to council.

Some expect landlords to remove it at their own expense, although often without enforcement; other councils have graffiti-removing teams who will do the work without direct charge to the landlord, if the offending material is on walls which abut public footpaths or walkways.

There has been increased demand for buy-to-let property in prime central London...

Belfast council has unanimously passed a motion calling for the Northern...

The UK’s most profitable cities for BTL landlords unveiled ...

Salford has been identified as the most profitable buy-to-let city for...

UK’s most profitable city to be an Airbnb landlord revealed ...