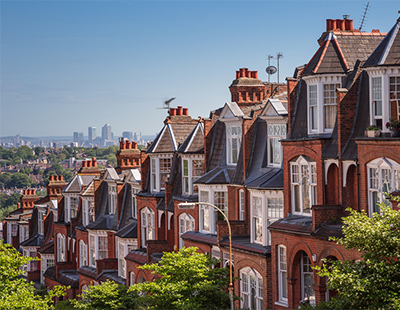 In the association’s survey of private landlords across England and Wales, conducted with research consultancy BVA/BDRC, 39 per cent said demand increased in the second quarter of 2021 – an eight per cent hike on the first quarter of the year.

Demand is therefore the highest it’s been since the first quarter of 2016. The survey suggests this is due to the relaxation of Covid restrictions and a more buoyant economic outlook.

But the NRLA says a two-tier rental market is developing across particular regions.

In Yorkshire and the Humber, Wales, the South West and the South East over 60 per cent of landlords said demand for homes had increased.

In stark contrast, just 15 per cent of landlords in Central London said demand had increased in the second quarter of the year, compared with 53 per cent who said it had fallen.

This supports the trend of some tenants looking to leave London in the wake of the growth in home working. Official data shows that in the year to July the capital was the only region where rents fell in real terms.

Despite an overall increase in demand, the proportion of landlords intending to buy property has fallen from the four year high of 19 per cent recorded in the first quarter of the year, to 14 per cent.

In comparison, the proportion looking to divest has returned to 20 per cent, up three percentage points from the first quarter of the year.

Despite restrictions lifting, some 55 per cent of landlords say their lettings business will continue to be negatively impacted by the pandemic.

Chris Norris, Policy Director for the National Residential Landlords Association comments: “The evidence is clear that nationally whilst the demand for homes to rent is increasing, landlords are more reluctant to invest in new properties.

“The only losers will be tenants as they struggle to find the homes to rent they need. The Chancellor needs to recognise the harm being done by tax hikes imposed on the sector.

“It is clear that there is a significant flight of tenants from the capital in response to the pandemic. With lockdown restrictions ended, and offices beginning to reopen, the jury is out as to whether this trend will continue.”

Home for sale - but not to landlords ...

A social landlord is selling a home on the open market...