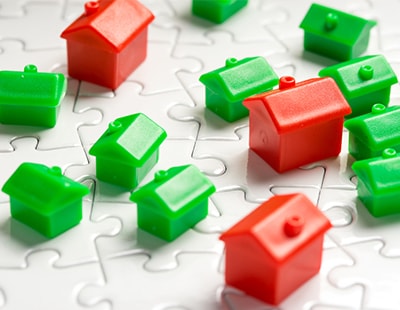 New independent research among 512 landlords show how they have reacted to the pandemic.

It found that 65 per cent of landlords allowed flexibility on payments during the pandemic, and 80 per cent would accept lower rents if it meant having a better or longer-term tenant.

Some 55 per cent intend to increase rents in the coming 12 months.

Just over half intend to increase rents in the coming 12 months.

The research, by lender MFS, also suggests that 60 per cent of property investors believe the stamp duty holiday made the property market “too chaotic”.

And 38 per cent of the investors surveyed did purchase another property between July 2020 and September 2021, a further 32 per cent tried but failed to do so.

More than two thirds of landlords still consider buy-to-let to be an attractive investment option.

MFS chief executive Paresh Raja says: “It is positive to see that a healthy majority of UK landlords have allowed their tenants flexibility in making payments during this period. It is also telling that while rent increases invariably lie ahead, there is a clear appetite among landlords to secure reliable, long-term tenants – they are willing to drop rents in order to do so.

“Our research underlines that, despite some speculation to the contrary, the buy-to-let market has lasting appeal.

“Tax reforms and new regulations introduced over the past five years have affected landlords as the government has sought to gain better control over the private rental sector, but as an asset class, UK investors are evidently still gravitating towards buy-to-let properties in huge numbers.”

Many landlords optimistic about 2021, despite huge challenges - claim ...

Some 45 per cent of landlords remain optimistic about the year...

Four out of five landlords secure a profit from buy to let ...

Some 83 per cent of landlords have made a profit from...

Portfolio landlords most upbeat about income and asset wealth ...

Some 30 per cent of landlords who plan to remortgage by...