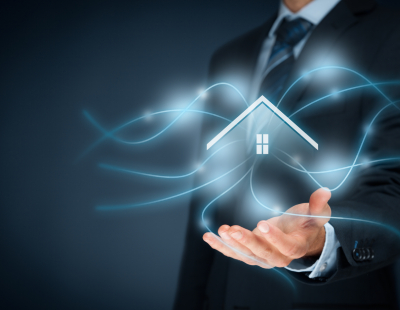 A new PropTech platform that claims to make buy to let investment simpler, faster and more accessible than ever before, is expanding its footprint to cover all of Britain.

GetGround is a digital platform that combines buy to let company formation, management and current accounts, and has until now operated mostly in England and Wales.

This week it is launching into Scotland, which is home to 15 per cent of the UK’s buy to let properties and where average yields are 5.8 per cent - well above the 4.3 per cent average across the whole of the UK, and almost half as big again as in London where typical yields of 3.9 per cent barely outpace inflation.

GetGround claims its expansion into Scotland eases the administrative burden for property investors and increases their ability to compare and assess the performance of their properties on either side of the English-Scottish border, tailoring their portfolios for maximum return opportunities.

Despite the differing regulatory requirements involved in Scottish property investment purchases, GetGround says it can - from today - guide investors through the specifics of transactions.

The platform’s chief executive, Moubin Faizullah Khan, says: “GetGround exists to solve the complexity of UK property investing and make it more accessible to a greater number of investors. Country borders won’t hold us back in this quest.

“We’re delighted to now be able to offer a better buy-to-let experience to both new and existing investors, extending the transparency, speed of service and value for money we’re becoming known for in England and Wales to Scotland’s thriving buy to let market.”

PropTech firms GetGround and Molo are partnering to offer landlords a one-stop-shop...

Platform allows landlords to set up companies to buy properties ...

A platform claims it allows buy to let landlords to set...

A change in government policy will allow landlords to fund investment...