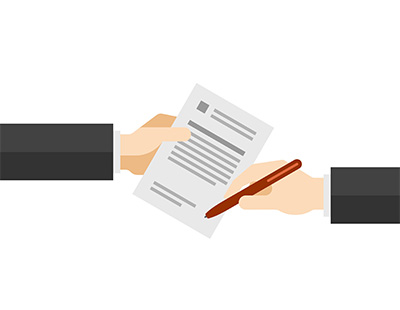 The Welsh Government has set out how the housing law in that country is set to change significantly from July 15 this year.

The Renting Homes Wales Act is described by the ruling administration in Cardiff as the biggest shift in housing law in decades, and will make permanent the already-applied six month tenancy notice.

It also outlaws the issuing of notice within the first six months of a tenancy, meaning that in effect there is a minimum tenancy a 12 month period.

This means that tenants in Wales will have the greatest protection from the start of their contract than in any other part of the UK.

Now the Welsh Government set out an explanation of how it will work, specifically in relation to landlords.

The Renting Homes (Wales) Act 2016 simplifies how you rent properties. There are two types of landlord under Act:

- private landlords (all other landlords).

Tenants and licensees are called ‘contract-holders’ under the Act. Contract-holders will have an ‘occupation contract’ (which replaces tenancy and licence arrangements).

There are two types of occupation contract:

- secure contract: for use by community landlords.

- standard contract: this is the default contract for the private rented sector (PRS), but can be by local authorities and RSLs in certain circumstances (for example a ‘Supported standard contract’ within supported accommodation)

There are four types of terms that can feature in occupation contracts:

- Key matters: The names of the parties and address of the property. These must be inserted in every contract.

- Fundamental Terms: Cover the most important aspects of the contract, including the possession procedures and the landlord’s obligations regarding repair.

- Supplementary Terms: Deal with the more practical, day to day matters applying to the occupation contract, for example, the requirement for a contract-holder to notify the landlord if the property is going to be empty for four weeks or more.

- Additional Terms: Addresses any other specifically agreed matters, for example a term which relates to the keeping of pets. Any additional terms must be fair, as required by the Consumer Rights Act 2015.

You will be required to issue a ‘written statement’ of the occupation contract to all contract-holders (this will replace your current tenancy or licence agreement). The written statement must contain all the terms of the contract.

Where a ‘no fault’ notice is issued, the minimum notice period that must be given is 6 months.

A landlord will not be able to give such a notice until 6 months after the contract starts.

A landlord will not be able to give such a notice unless they have complied with certain obligations, including registration and licensing with Rent Smart Wales and deposit protection rules.

You must ensure homes are fit for human habitation (FFHH).

This will include, for instance, electrical safety testing and ensuring working smoke alarms and carbon monoxide detectors are fitted. The duties on landlords relating to FFHH can be found here and guidance can be found here. In addition, rent will not be payable for any period during which the dwelling is not fit for human habitation.

You must keep the structure and exterior of the property in repair and keep installations for the supply of water, gas or electricity, for sanitation, for space heating, and hot water in repair and proper working order.

If a landlord issued a ‘no fault’ possession notice in response to a request for repair (commonly known as retaliatory eviction), the court can refuse to make a possession order and it will not be possible to issue a further ‘no fault’ notice until six months later.

You can find out more details here.

A national awareness campaign has been launched to prepare landlords for...

The Welsh government has again extended the notice period which landlords...

Landlords try to head off rent controls plans by politicians ...

The National Residential Landlords Association is trying to head off the...