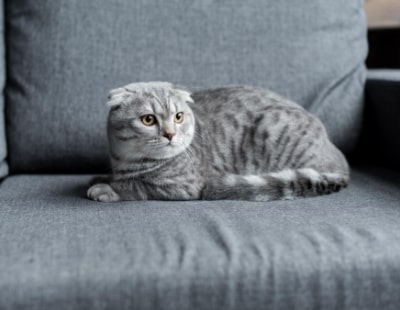 Bizarre but true - a tenant has undergone a pseudo-marriage ceremony with her cat in a bid to get around any future rental pet ban.

Deborah Hodge, 49 and from Kent, claims she has been obliged to rehome three animals as a result of landlords not allowing allow pets in their properties.

So - apparently wearing a tuxedo - she has held a witnesses civil ceremony with her cat India. The event was presided over by a legally ordained friend.

Hodge says: "I set out my intention that I would never be separated from the animal I adore. I can't be without India. She is truly a sensation, she is so friendly and amazing. She is fundamentally the most important thing in my life after my children.

"By marrying India, I need any future landlords to know that we come as a package and we cannot be separated under any circumstances as she is as important to me as the children.

“I refuse to be parted with her. I'd rather live on the streets than be without her."

Momentum has been building in the past year for pets to be allowed in more rental properties, possibly with an insurance payment to reassure landlords fearful of damage.

It is thought that the Renters Reform Bill and White Paper scheduled for later this year may require landlords to be more flexible about taking pets.

Hodge continues: “I'm terrified of losing India. I can barely leave my house with anxiety over what the future holds and I'm just desperate not to lose my cat.

“By marrying India, I need any future landlords to know that we come as a package and we cannot be separated under any circumstances as she is as important to me as the children.

"Although some might think it a stupid idea, I wanted to be able to show physically, by holding the ceremony in front of my friends even though they thought I was bonkers that I am very serious. I had a group of friends there for the ceremony - they all think I've gone batsh*t crazy but we all had a lovely day.

"I recited vows under the universe that no man will ever tear myself and India apart. I set out my intention that I would never be separated from the animal I adore.”

Over half of tenants who have stayed at short let home-based...