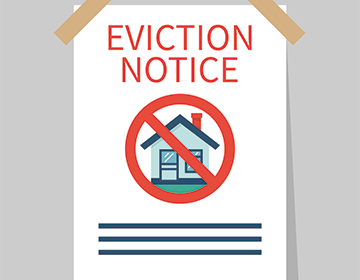 Activists claim that the number of evictions using Section 21 is actually in excess of the reported by government.

Ministry of Justice figures released over the weekend suggest that private sector evictions have risen.

In the first quarter of 2022 there were 6,318 possession claims in England for cases involving rent arrears or other grounds, the highest level recorded since the series began in 2009.

In the same period there were 5,890 possession claims for Section 21 evictions, the highest since 2018.

But Generation Rent insists the true number of private renters facing eviction is likely to be “much higher”.

It claims this is because a valid Section 21 notice cannot be appealed so recipients often move out before the landlord applies to court, and do not get recorded in official figures.

Landlord claims overall have increased less dramatically because eviction claims by social landlords are still at historically low levels, representing 34 per cent of the total.

"The withdrawal of the £20 Universal Credit uplift last autumn removed a lifeline that was allowing families to stay on top of rent. That means more people falling into arrears and facing homelessness.

"At the same time house prices and rents are surging, encouraging landlords to re-let or sell up, at the expense of their current tenants.

"With inflation raging, the situation is only going to get worse unless the government steps in to raise Local Housing Allowance, freeze rents and put an emergency pause on evictions."

The government’s announcement at the end of next week that almost...

Activists accuse councils of doing nothing to stop retaliatory evictions ...

Generation Rent activists are back on the warpath, this time accusing...