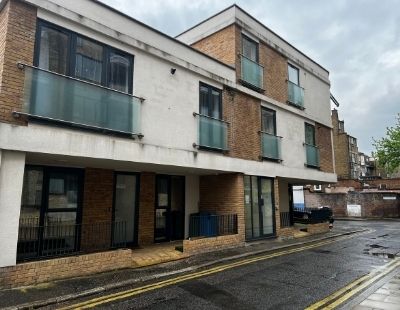 A rogue landlord prosecuted for illegally squashing seven flats into a development with planning permission for six must pay around £250,000.

In addition three of the flats had unauthorised bedrooms that, the local council claims, added to the already cramped and sub-standard conditions.

Southwark council in south London found the size of six of the flats to be below minimum standards and they were so poorly designed that five had no dedicated storage space at all.

In addition, the flats were let as temporary accommodation and short-term holiday lets. This was unauthorised and the constant coming and going of different parties resulted in noise and disturbance to local residents.

Ahmed pleaded guilty and appeared before the Inner London Crown Court, where he was told to demolish the unauthorised flats, or correct the development so that it met with the original planning permission.

He was also told to stop using the properties for temporary accommodation.

Following the guilty plea, the court agreed that Ahmed had illegally gained £230,000 in rent, as established by specialist financial investigators from Southwark council’s Trading Standards team.

A Southwark council spokesman says: “Everyone deserves a good quality home and space standards make sure that new homes are both good quality and a good size.

“This blatant attempt to shoehorn an extra flat and additional bedrooms, compromised the entire block. This court result serves as warning that planning control breaches will not be tolerated and supports the council in cracking down on those who try to benefit from renting illegal and sub-standard properties in Southwark.”

A family of slum landlords who crammed 31 people into a...

Landmark legal decision could see rogue landlords forced to give up all earnings ...

Criminal landlords who crammed up to 40 migrants inside their semi-detached...