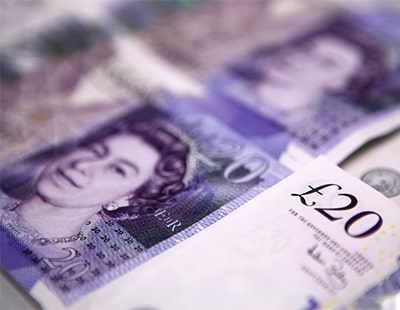 A prominent financial analyst says the fast-rising costs of renting mean tenants are becoming less financially resilient - and this applies to older renters as well as young ones.

Sarah Coles, senior personal finance analyst at Hargreaves Lansdown, says: “Rent is such a massive drain on our finances that trying to build anything for the future while meeting monthly rental costs is like trying to run a bath with the plug out. The cost-of-living crisis has landed us with new, super-charged cash drains. And with more of us renting later in life, it can have a catastrophic impact on our financial resilience.”

She says government figures showed that 19 per cent of people rent privately and 17 per cent live in social rental housing.

Coles says renting is fundamentally more expensive than owning at the moment.

Three quarters of people with a mortgage have a fixed rate deal, and even those on a variable rate still have relatively cheap mortgages by historic standards. The English Housing Survey shows that the average weekly mortgage payment is £174, and the average weekly private rent is £198.

She adds that on average renters tend to be paid less, which means the impact on the finances of renters is even more striking: those with mortgages spend an average of 18 per cent of their household income putting a roof over their heads, and private renters pay 31 per cent.

Coles says: “To make matters worse, rents have been rising through the roof. With more people renting later in life, and more landlords deciding to throw in the towel, figures from Zoopla for the first three months of this year found that rents are up 11 per cent in a year – which is a 14-year high. And there’s no relief in sight. According to the Royal Institution of Chartered Surveyors, over the next five years rents are expected to grow faster than house prices.”

Hargreaves Lansdown’s own research suggests that three in five renters have little room for financial manoeuvre while the government’s Office for National Statistics has found that - if presented with an emergency cost of £850 - some 29 per cent of renters could not afford it.

Coles goes on to say: “While this creates enormous problems for renters of all ages, as they get older it raises the horrible question of whether people can afford to retire. Those who have been able to buy will eventually pay off their mortgage costs, so they don’t have to factor them into their retirement income needs.

“Those who are still paying the rent not only have to set aside enough cash to give them an extra £800 a month on average, they also have to consider the fact that this rent will continue to rise throughout their retirement. So it’s particularly troubling that this group is less likely to have been able to put money into a pension.”

Official government data suggests that rents are rising by 1.8 per...

Down-sizing, once the preserve of retired home owners, is now a...