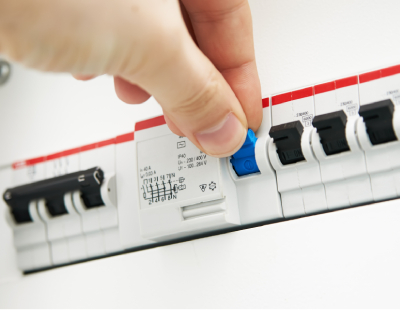 Renters are being placed at unnecessary risk due to a delay in reforms that would allegedly give them greater protection, it’s been claimed.

The Renting Homes (Wales) Act 2016 which was previously set to come into force this summer has been delayed six months following an announcement by the Welsh Government.

The delay means laws relating to dangerous electrics will not come into force until December this year, leaving tenants in both the private and social rented sectors at unnecessary risk, a charity insists.

The statement comes after Electrical Safety First published a first of its kind investigation showing that the same safety laws in England for private renters led to thousands of dangerous faults being identified in rented homes across the country in its first year since implementation.

Electrical faults identified across England included hazards which pose an immediate risk to the tenant, including access to live wires and plug sockets that could cause fire and electric shocks.

Wales has the oldest housing stock in the UK, with the proportion of dwellings in the private rental sector rising considerably.

As a result, the charity believes renters in Wales could be at greater risk from electrical hazards in the home and the delay to the introduction of the legislation leaves renters at unnecessary and avoidable risk.

Lesley Rudd, chief executive of Electrical Safety First, comments: “This unnecessary delay in the law has left hundreds of thousands of renters across Wales facing potential dangers in their own homes. Wales remains the only nation in Britain yet to implement five-yearly electrical safety checks for private renters. The delay to this vital change in the law will leave them at unnecessary risk. We urge the Welsh Government to press ahead with the introduction of the law without any further delay.”

The charity is also urging landlords in Wales to comply with the forthcoming changes to the law, regardless of the government’s delay.

Under the new laws, landlords or their agents for both private and social rented properties will have to undertake electrical safety checks of their property once every five years.

The check, otherwise known as a PIT or periodic installation and testing, will have to be carried out by a qualified individual, such as a registered electrician, who will assess the safety of the electrical installation at the property.

A grace period for compliance of one year will begin from the new date of implementation of the law in December, by which landlords have the time to carry out the checks to comply. Landlords pr agents who fail to comply with the law face renters being legally permitted to withhold rent payments.

The architect of one of the largest rental reform initiatives in...