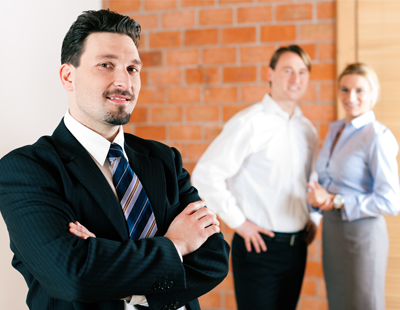 Landlords who take advantage of the annual Edinburgh festival by charging high fees for Airbnb-sale short lets have been accused of threatening the future of the event.

The festival is a month long event covering stand up comedy, drama, television, film and other arts.

Brian Cox, the Scottish-born Hollywood star of TV show Succession, recently claimed that accommodation costs in Edinburgh risked “cutting off your nose to spite your face” and threatening the future of the festival.

Now he’s been backed up by Tim Walker, the writer of the Brexit drama Bloody Difficult Women, which has been performed in London and is to be performed next month in Edinburgh.

In a letter to The Guardian, Walker writes: “Brian Cox is absolutely right to warn that the soaring accommodation costs in Scotland’s capital city are ‘cutting off the lifeblood’ of young talent at the festival  If it’s not the performers who have to give the property owners their huge profit margins, it’s the producers of the shows, and it’s inevitably going to staunch the flow of talent across the board.

“It is a great honour to be invited to perform, and I was thrilled when the prestigious Assembly Rooms said they wanted to give a stage to my play Bloody Difficult Women for the run of the festival, but none of us had reckoned with a bill of £20,000-plus to accommodate our team, including our brilliant six-strong cast.

“It’s right, of course, that production companies pay for accommodation where possible, but this significantly raises the barrier when it comes to breaking even. It also means that there is less money to pay our cast and crew.

“I know of a number of companies smaller than our own that were all set to put on amazing shows, but have had to withdraw because of the costs. These are not merely going to turn away the talent, but also the punters who come to see them each year. The greed of Edinburgh’s landlords will be the festival’s undoing.”

Earlier this year, Edinburgh council approved plans to designate the entire city as a short-term let control area. This will require second homes on Airbnb to apply for planning permission.

The control area is pending the approval of the Scottish Government,

Even outside of festival time, Edinburgh’s Airbnb costs are amongst the highest in the UK; a new league table compiled by Pikl Insurance put the Scottish capital in the top 10 most expensive locations.

Landlord justifies charging thousands a night for an Airbnb house ...

Those wondering why Airbnb is accused of contributing to the shortage...

Airbnb properties will return to mainstream use, pledges politicians ...

Politicians in a city with one of the UK’s most frenzied...

A lettings agent says his client landlords are already turning their...