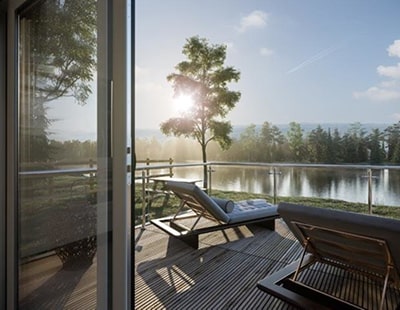 Labour wants to bring in a UK-wide licensing system for holiday lets to preserve the “spirit” of costal and rural communities.

The announcement has been made by Shadow housing secretary Lisa Nandy who says her party’s idea would allow areas to “to reap the rewards of thriving tourism” while avoiding “ghost towns” in autumn and winter outside of tourist seasons.

The idea is strikingly similar to that recently announced for Wales, which has a devolved Labour government.

“With a stronger licensing system, communities will be able to reap the rewards of thriving tourism but end the scourge of communities becoming ghost towns when holidays end and people are priced out of their own neighbourhoods just for homes to stand empty for months” says Nandy.

“By trusting the community, working with the community, we can find the right balance to bring growth and jobs and income, but protect the spirit and the fabric of a community that matters so much.”

Nandy also proposes a beefed up community right to buy scheme, to enable local people to take control of assets such as live music venues and football clubs that come up for sale or fall into disrepair. Under the proposals, they would be given first refusal on assets of community value, including the right to buy them without competition.

Communities would also have the right to force a sale of land or buildings that have fallen into a state of significant disrepair, and they will be given 12 months to raise funds - the current system allows only six months, and has been used only infrequently.

In Wales, councils will shortly be able to control numbers of second homes and holiday lets with a licensing scheme for home owners and landlords who want to operate short lets, such as Airbnbs.

First Minister Mark Drakeford and nationalist party Plaid Cymru leader Adam Price made the announcement as made as part of their co-operation agreement to run the Welsh Government.

There will be three new classes of property in the Welsh planning system: a primary home, second home and short-term holiday accommodation. Councils will then be able to make amendments to the planning system to require planning permission for change of use from one class to another.

There are also powers to be given to councils to apply for higher Land Transaction Tax (the Welsh version of stamp duty) on second homes and short lets.

Drakeford, who leads the Labour Party in Wales, says that while tourism is "vital" to the Welsh economy, a glut of holiday properties and second homes damages communities and prices people out of local housing markets.

He says: "We will work with local authorities to develop a national framework, so they can put to us, proposals for increased land transaction rates for second homes and holiday lets, which they can then apply to their local areas. The finance minister has written to the local authorities today, so that work can begin on those proposals.

"Some of these measures are about making access to the market fairer. Others are about a better balance between second homes and holiday lets in local communities.”

Last month, the Westminster government announced a new study to probe the impact of holiday and short lets on communities, including specifically on coastal area. The Westminster government is considering health and safety checks on premises and a self-certification scheme for hosts. Meanwhile in Scotland, all Airbnb-style short lets will need a licence by July 2024.

Do you run the best holiday let in the UK and Ireland? ...

Landlords renting out to holidaymakers could be in with a chance...