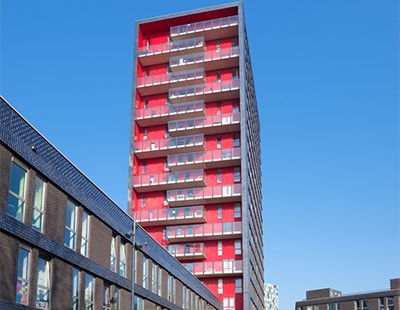 The government has developed an insurance scheme which may help landlords who want to see flats in high rise blocks.

Following the Grenfell fire in 2017, mortgage lenders became reluctant to lend to buyers of flats in high-rise buildings, and sales dropped rapidly. In many cases it has effectively been impossible for owners - many of them landlords - to sell flats in these high rise blocks.

A building industry group led by the Royal Institution of Chartered Surveyors introduced the External Wall System assessment process in 2019 to judge whether remediation work, such as removal of cladding, was needed on a high-rise building.

Now the Government Actuary’s Department and the DLUHC have jointly created a new indemnity insurance scheme which will come into effect in September this year.

A spokeswoman from the Government Actuary’s Department says: “This was a complex and significant piece of work from GAD. We have estimated that claim costs will be £100m, although there is no theoretical cap on the total size of claims that could be made. We also advised DLUHC on the level of premiums needed to recoup the expected claims and operating costs.”

Earlier this year, the government announced that most leaseholders would not have to pay for remediation work on flats between 11 and 18 metres high. This includes so-called ‘accidental landlords’ with no more than three properties in total.

Property insurers have forced “crippling costs” on to residents of medium...

The government’s attempt to remove cladding has been ‘too slow’ ...

The government has been criticised by the Fire Brigades Union (FBU)...