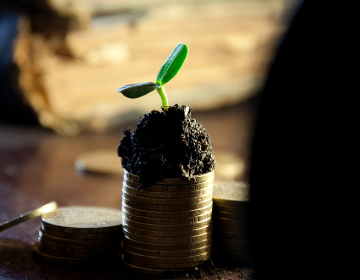 The data - from PropTech service Goodlord - shows rising rents in seven out of eight English regions.

The highest rise was seen in the South West, where a 10 per cent increase in the cost of rent was recorded. A large rise was also recorded in the North East - the home of the cheapest rents in the country - where costs rose by eight per cent over the last month.

The only region to record a decrease was the West Midlands, where a two per cent reduction in prices was recorded.

This is the fifth consecutive month of rising prices for rental homes in England, following a slight cooling over winter months. Average prices in June, however, were still below the record breaking highs recorded in September 2021, when prices hit £1,104 per property.

In a further reflection of ongoing market demand, voids dropped by 10 per cent during June. The average void period for a property in England is now 17 days, down from 19 days in May.

Once again, the West Midlands was the only region to buck the trend - seeing a 20 per cent increase in void periods. The West Midlands now has the highest void periods in the country at 24 days, the longest void average recorded for any region since January this year.

Goodlord chief operating officer Tom Mundy says: “It’s safe to say that there’s a huge amount to contend with in the lettings sector right now. We’re heading towards what tends to be the busiest season for rentals with a market that’s already extremely busy thanks to high demand and low stock.

“Add to this the major changes coming up as a result of the Renter’s Reform Bill and we’re on track for a hugely impactful few months for both agents and landlords.

"Things are set to be intense for the foreseeable future; all stakeholders must make sure their operations are as streamlined as possible if they want to engage effectively with the current market.”

Renters Reform Bill not law until late 2023 or beyond ...

There is still time for landlords to influence the specific provisions...