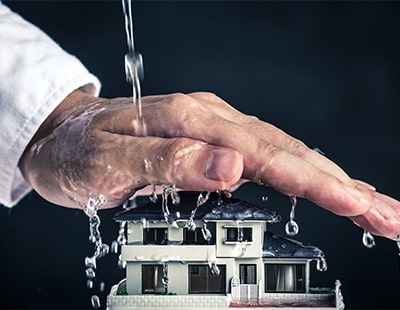 A landlord and owner who failed to repair a serious water leak have been fined £4,000 after their tenants’ bathroom ceiling collapsed.

After the tenants got in contact with Lewisham council in south London in November 2021 to complain about the leak from the bathroom ceiling, housing officers served the landlord and property manager with a formal notice requiring them to take action.

Two weeks later, despite several warnings from the council, no repairs had been carried out, resulting in the collapse of the bathroom ceiling.

The collapse made it impossible for the tenants to enter the bathroom and also cut power to lights in the flat, forcing them to be moved into temporary accommodation.

Landlord Felicia Ifeobikwu and property owner Michael Okoroafor pleaded guilty to not complying with the original repair notice and a £4,067.83 fine was issued.

A spokeswoman for Lewisham council says: "We are committed to supporting private renters in Lewisham and taking action against landlords who break the law.

“Everybody has a right to good-quality, safe housing and we will continue working to improve standards in the private-rented sector.”

A landlord has been hit with a fine of more than...

A London council has prosecuted a landlord for renting out an...