Emerging Property is an established UK property consultancy with a focus on purpose built student accommodation and serviced apartments – two of the UK’s top performing property sectors, with 8-10% NET annual income fixed for a minimum of 10 years. 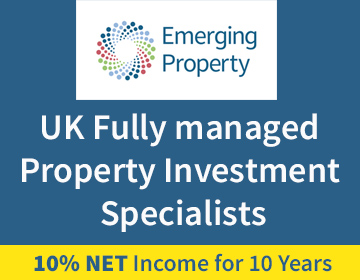 You may have noticed a renewed flurry of post-referendum pessimism in early February as UCAS published its January 2017 deadline application figures.

Overall application numbers down by 5%, and EU applications down by 7% - proof positive of the devastating effect of the referendum vote on the future of British Higher Education, surely?

Well, we don’t think so; student numbers are important to us, so we had a long, hard look at the data and, by applying a bit of perspective, context and common sense, we find the figures are actually rather encouraging.

From the EU point of view, let’s not forget that 2016 was a record year.

According to our calculations, this year’s 42,070 applicants is a mere 650 fewer than 2 years ago – or, to put it another way, about four students per university.

It really isn’t the disaster that the pessimists would have us believe.

Nor is it much of a surprise, considering the utter bewilderment caused by the vote. Eight months on and the House of Commons still isn't 100% sure what happens next so why should British or European Union teenagers know any better and commit themselves now? There are further application deadlines in March and June by which time, with any luck, we’ll all have a clearer idea of the way forward.

Another thing to consider is oversubscription – last year UK universities received 51,845 applications from the EU, but only offered 31,350 places. That’s over 20,000 rejections; about 40%.

By raising their acceptance rates by 10% to 70%, the universities could fill more fee-paying places and still be considerably oversubscribed.

Another positive little nugget of information which somehow got lost is that overseas applications from outside the EU – a very important demographic for the UK as a whole – are at a record high of 52,630.

All in all, then, it’s much ado about nothing. The EU only accounts for about 5% of the UK’s student population and to be honest, the supply of student accommodation is so woefully inadequate in the handpicked areas in which we operate that insignificant blips like this don’t matter a jot.

We are confident that demand and rental income will continue to grow for years and years to come.