Rising Inflation and the Impact On Landlords

The Covid pandemic has had a significant impact on the economy, with long term consequences...

Can BTR Renting Be As Satisfying As Home Ownership?

There are numerous reasons as to why renting is the way forward and how it...

Is Buy To Let still worth the effort? You Bet!

£223.7 billion. That’s how much better off UK landlords are than five years ago when... 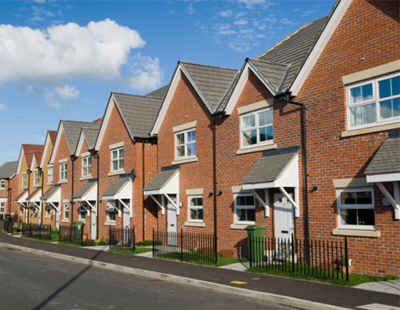 Bromsgrove is a classic rental market. The Worcestershire market town is enveloped by green space but is just a thirty-minute commute to the centre of Birmingham.

It boasts good schools, a wide choice of leisure facilities and a nice selection of bars and restaurants. It's popular with renters from a variety of demographics but a quick search on Rightmove for two-bedroom rental properties reveals just four on offer. If you're a family seeking a four-bed property, you have the choice of one.

For a town with a population of nearly 30,000, that's slim pickings. It's a problem towns and cities up and down the country are facing - there simply isn't enough rental stock to satisfy demand.

Hometrack's recent Q3 rental index showed that available rental stock is 43% below the five-year average at a time when tenant demand is 55% above the average. But is this a short-term issue caused by the vagaries of the pandemic, or more symptomatic of a broader stock problem?

Hometrack's Index highlighted that rental inflation hit a 13 year high in the third quarter, whilst the District Councils Network recently warned that 76% of local councils have seen a rise in landlords either selling or converting to the short-term lettings market, which offers more attractive tax terms. Its report says that nearly half of councils say their housing services are under "significant pressure" as landlords move out of this sector. It may seem odd to be talking about stock shortages in the private rented sector (PRS) when we have just had one of the busiest periods in many years for buy-to-let house purchase.

At Paragon, we announced that we had lent £1.6 billion to landlords during our last financial year, a significant proportion of which was to buy new property. More broadly, industry data shows that between July 2020 and the end of September this year, just over 127,000 new buy-to-let mortgages were completed for house purchase, with a value of £20 billion.

Add to that a significant number of cash buyers and you would expect the PRS to be in buoyant shape. However, what we don't know is how many of those transactions were recycled between landlords rather than adding additional stock to the PRS, or how many landlords decided to take advantage of house price inflation and sell into a rampant owner-occupier market.

What we do know is that prior to the pandemic and Stamp Duty holiday, the market for buy-to-let house purchase had been in decline following the introduction of the three-percentage point Stamp Duty surcharge in 2016, plus changes to tax relief from 2017 which made rental property investment less appealing.

This was a clear Government strategy to restrict the sector. Industry data shows that the number of buy-to-let completions for house purchase nearly halved from 117,500 in 2015 to just over 66,000 last year.

From a Government policy perspective, the strategy of slowing the growth of the PRS has worked. Hamptons data showed that just shy of 250,000 landlords exited the sector between 2017 and 2019, whilst first-time buyer numbers have risen. Hamptons more recently reported that the exodus of landlords has slowed, but we are certainly starting to see the impact of that Government policy come through in stock shortages and rental inflation.

This is likely to hit most segments of the market but will bite most forcefully on lower income private renters; those who may have once relied on the diminished social housing sector. A report by the highly respected University of York Centre for Housing Policy this summer questioned how sustainable PRS stock levels will remain for this segment of the market and there certainly seems to be challenges ahead.

The Government must balance the different needs of the housing market. Prioritising one tenure risks leaving those on lower incomes struggling to either own or rent, whilst rental inflation will become the norm. As the population ages and more people rely on the PRS for longer, this could become a growing issue.

There are further bumps in the road that could hinder PRS supply. New energy efficient rules that require all tenancies to have a minimum EPC of C by 2028 could prompt more landlords to leave the sector, whilst those landlords that entered buy-to-let as forty somethings in the mid-1990s are now hitting retirement age and we wait to see what this cohort does with their portfolios.

It is often argued that build-to-rent (BTR) can pick up the slack from private landlords and that is something it is believed the Government favours.

BTR certainly has a role to play and is successfully attracting largescale investment from institutions, but it remains niche and largely targeted at a particular segment of the rental market - urban, affluent professionals. It cannot meet the varied needs of the plethora of users of the PRS in the same way that private landlords can react to local changes in tenant demand, nor can it respond as quickly.

Put it this way, there are no build-to-rent schemes in Bromsgrove.

*Richard Rowntree is Mortgages Managing Director at Paragon Mortgages; Richard will be contributing monthly to Landlord Today's features section throughout 2022

Can BTR Renting Be As Satisfying As Home Ownership? ...

There are numerous reasons as to why renting is the way...

The view from Build To Rent: We’re better placed to improve quality ...

The dynamic of the private rental market has been changing in...

Rising Inflation and the Impact On Landlords ...

The Covid pandemic has had a significant impact on the economy,...