By Richard Rowntree
< Back

A Legal Take on the Rental Reform White Paper

On 16 June 2022, the Government introduced a White Paper called “A Fairer Rented Private... 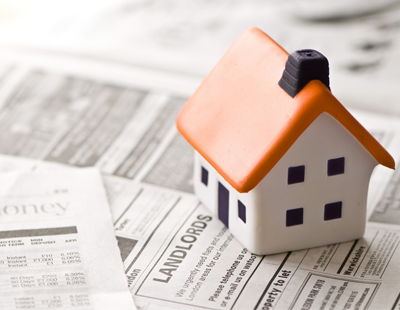 Unintended consequences. Let’s face it, they happen across lots of different areas of our lives. We start out with the best intentions and a great plan of action, but something we hadn’t quite considered rears up.

Most of the time these present trivial or harmless outcomes, but when it comes to peoples’ homes, there can’t be unintended consequences.

The government’s new Fairer Private Rented Sector White Paper contains lots of sensible proposals and won’t be the death knell for the buy to let market as some media outlets have predicted. Yes, it will end Section 21, but it will beef up Section 8 grounds considerably and – hopefully – bring clarity to certain grey areas of the market.

However, as they currently stand, the proposals do open the door for unintended consequences across some key areas. The student market, for example, could be damaged if the proposals are implemented as suggested in the document.

The government has proposed a mandatory ground under Section 8 that covers student accommodation that is currently let to non-students. Under this ground, the landlord will have the right to gain possession of the property, but this only applies to educational establishments or purpose-built student accommodation providers.

The government is arguing that there shouldn’t be a specific ground for student property because some students may not wish to move at the end of a tenancy because they have local ties or a family to support. This covers a minuscule proportion of students; the overwhelming majority of student tenants remain in the property for the academic year only.

It’s a model that has worked successfully without issues for many years and the student market is one of the most mature sectors of the private rented sector. It’s a mutually beneficial arrangement between landlords and students, who value the flexibility it affords.

Taking away the guarantee for landlords to gain possession of their property creates doubt and ambiguity. Many new tenancies between landlords and tenants are agreed in the January, February or March before the new academic year. Students want to guarantee a home for the upcoming academic year before they focus on the important end of year exams.

How can landlords market their property to new tenants for the next academic year if they can’t guarantee the property will be free to let from the following September? The answer is that they can’t and this specific proposal as it currently stands is unworkable.

Landlords considering buying new property in the student sector may stop and think again based on these current proposals. If that is the case, then the property shortages that we have seen inflict other parts of the rental sector could soon infiltrate the student market.

We saw the dire accommodation issues certain universities had last September and this could become more commonplace if the Government proceeds with its plans as they are today.

The good news is that these are just that – proposals. I am confident that when the Government hears the voices of the industry – including lenders, landlords, universities and representative bodies – they will reconsider.

I truly believe the overnment recognises the importance of a sector that provides a home to one in five households in England and it is approaching the future of the sector attempting to balance the needs of landlords and tenants.

But on this matter, it has got it wrong. And the harsh unintended consequence may be that students are unable to find a place to live whilst studying at university.

A Legal Take on the Rental Reform White Paper ...

Periodic Tenancies - the danger to the lettings sector ...

As part of The Renters’ Reform White Paper, the UK government...

Now is the time to lobby the Government on the detail...

Shamplina Speaks - So what do YOU want to tell the government? ...

In June, the government finally released its long-awaited White Paper ‘A...