New HMO changes good for tenants, and landlords too

Local authorities now have greater powers to control properties rented out in their areas, thanks to changes in the mandatory HMO licensing scheme that came in this year. The aim is to raise housing standards in properties occupied by multiple people who are not from one family and are sharing the property's facilities.

The government defines a household as one person or people from the same family living in a flat or house. A family is accepted as married people or those who are living together, and it includes people in same-sex relationships. Step-parents and step-children are also part of the government’s definition of people in family households.

On the other hand, houses in multiple occupation (HMO) are those where there are at least three tenants occupying a property, and so there is said to be more than one household living there. Additionally, the authorities deem a property to be a large HMO if it is at least three stories high, with five separate tenants sharing the property and its kitchen, toilet and bathroom facilities.

In order to be compliant with the revised HMO regulations, landlords intending to rent a house or flat as an HMO must first contact the local council in their area. Smaller properties with fewer tenants may also require an HMO licence, and landlords will need a separate one for each HMO they're operating.

Essentially what the licence does is guarantee that landlords' properties have met certain basic standards, are in good condition and are safe to occupy. This, the authorities say, is beneficial not only to people renting them, as they won't be as likely to quickly fall into disrepair, but good for landlords too in maintaining their properties to a desired standard.

There may be other requirements, too. In Hammersmith and Fulham, for example – where it's estimated around a third of people in the densely populated London borough are renting – the council also requires landlords and letting agents to apply for "selective licensing". This is where a property is located in a certain street in the area and must therefore have a particular type of licensing.

So now, if a landlord agent in Hammersmith is applying for an HMO licence, the fee will be dependent on the number of rooms in a property that are habitable, and there may be discounts that apply. There's £75 off, for instance, for landlords and letting agents who are members of the NLA, RLA or LLAS and £50 is deducted for those who have signed up to the landlord rental charter.

On average, landlords and letting agents can expect to pay around £1,400 for a five-year licence, and the authorities say they don't make a profit out of this fee; instead, the money is used to carry out property inspections and for administration. Landlords and letting agents may record the fee as a business expense and it will be tax deductible. As for penalties for those not in compliance, there is the possibility of what the government (alarmingly) terms an "unlimited fine".

John Horton of Horton and Garton, one of the most prominent estate agents operating in Hammersmith and other west London areas, welcomed the HMO changes.

“I firmly support the council’s efforts to raise the standards for all landlords across the borough. It’s important landlords understand their responsibilities – and thankfully the majority are extremely responsible. It’s also great news for the huge number of local renters who now have more protection and can expect higher standards from landlords.” 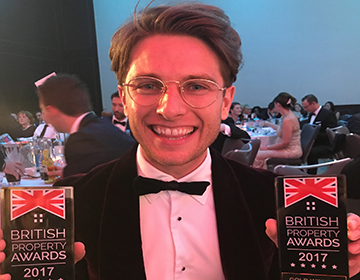