3 Areas to invest in property in Birmingham 2018 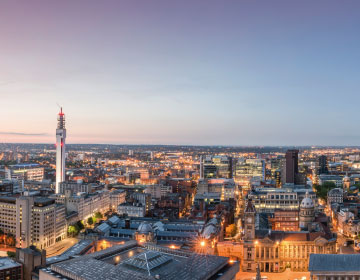 Recently named as the most rapidly improving locations in the UK – investment in the UK’s second city shows no sign of abating, in fact a recent string of announcements would suggest it is moving up a further gear, with Birmingham being chosen as the UK’s preferred host for the 2022 Commonwealth Games and the latest devolution deal, announced in the Budget, securing a new stream of funding for transport and infrastructure projects.

Birmingham also has some big-ticket businesses such as HSBC and HMRC relocating their offices from London. With its excellent connectivity, educational establishments and a world-class leisure, retail and entertainment offering to attract the brightest and the best.

Edgbaston is an affluent suburban area of central Birmingham, curved around the southwest of the city centre. The B15 postcode has always held a prestige and appeal. Now with further development, Edgbaston is only to become more exclusive.

Selling fast near this location are the developments Broadway Residences and The Tower of Broadway located a 5-minute walk from the developing HSBC new head offices.

Once the centre of the UK’s jewellery making sector, this area is now much more than just the place to buy diamonds and high-end designer watches.

This historic part of the city has in recent years become a fairly hip and trendy place to live. And as it is still classed as up and coming, there are plenty of relatively affordable places to rent or buy. An area of more than 200 listed buildings, it has undergone a transformation over the past ten years, becoming a place where you not only work, but where you also live and play.

The latest development in JQ is Summer House from £294,950 built with traditional, characteristic design of the Jewellery Quarter’s artisan heritage. SevenCapital also offer a rare opportunity to buy city-centre townhouses from £449,950.

Erdington is a Birmingham suburb located just 12 minutes from the city centre. The focal point for the town itself is its bustling High Street, a thriving retail centre with around 280 local businesses providing it's 23,000* residents with everything they need. However, its attraction as a location is much built on its close proximity to the centre of Birmingham and its transport links and many amenities. Combine this with its position near to the M6, Birmingham International Airport and the affluent neighbourhood of Sutton Coldfield, it's easy to see why growth is forecast to be strong in this area.

Available from £99,950. The average property price in Erdington is £140,054 with Erdington being ranked 5th in the Zoopla Top 10 Hipster Hot Spots.

View all off-plan developments in Birmingham from SevenCapital